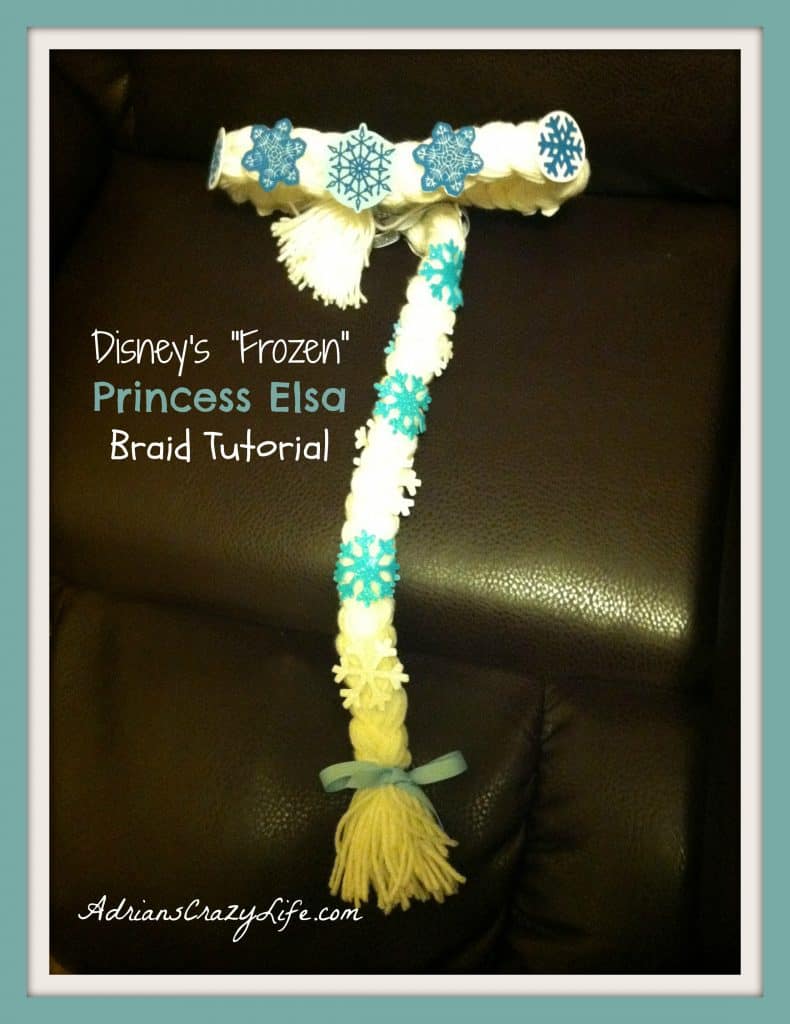 Like just about every other girl these days, my granddaughter wants to be Princess Elsa from “Frozen” this year. It seems to be the most popular costume of the year! After MUCH searching, I finally found her the costume for a reasonable price.  But of course she needed the signature Elsa braid.

I started off with a trip to the craft store – this is a very low-cost project.  I think I spent about $5 total since I had a 40% off coupon.  All you need is a skein of yarn, a bit of ribbon, and a handful of foam snowflake stickers. 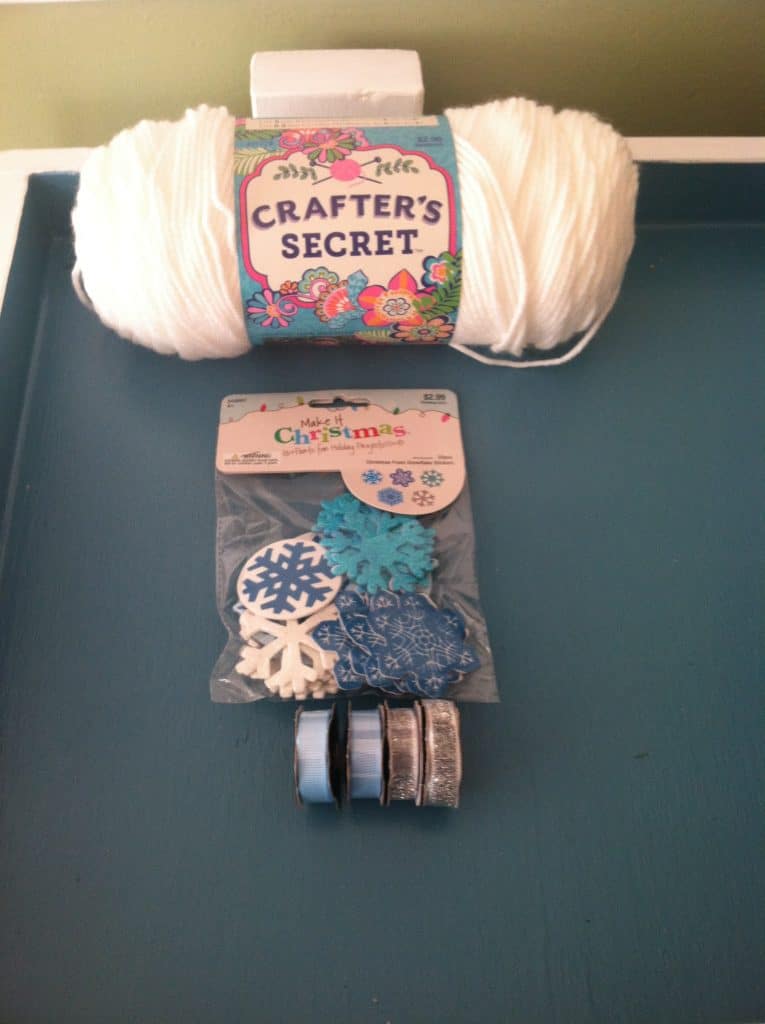 The next step was to determine how long I wanted the Elsa braid to be. Luckily, I had a box that was about the right size.  Initially, I thought 4 feet long would be plenty for an Elsa braid, so I started wrapping it shortways around the box.  But I underestimated how much the braiding would shorten it.  So I started again, wrapping the strands lengthwise instead.  The box was 3 feet tall, so when cut in half, I would end up with a 6 foot length. 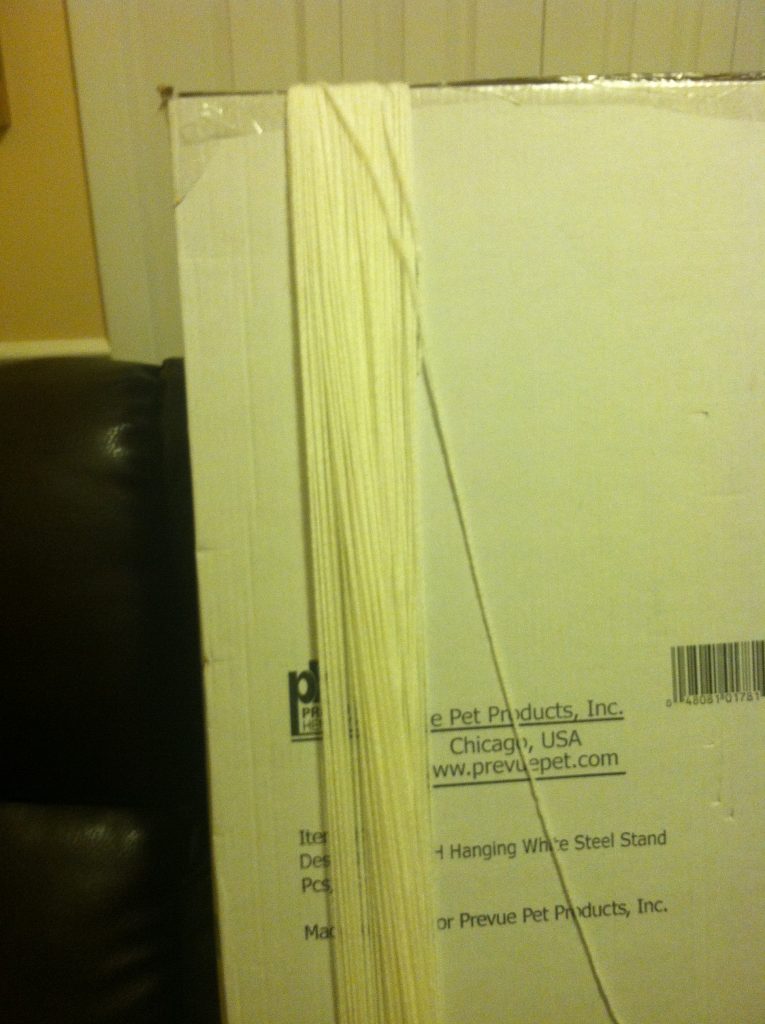 You want a nice fat braid, so I allowed for 25 strands for each section of the braid, so I did a total of 75 wraps.

Then while holding one edge, I cut along the top edge to give me a total of 75 6-foot long strands. 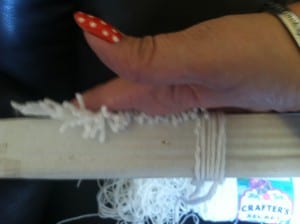 Sorry for the blurry picture – it’s hard to cut, hold, and take a photo with only 2 hands!

After cutting, I tied the yarn into a big knot to hold it together on one end.  At this point, there was a brief pause while I remembered that I only have boys and therefore have extremely limited experience with braiding hair.  I found a few great tutorials on YouTube (where else!) that showed me a few basic braiding techniques.

After I finished the Elsa braid, I tied the end with a little bit of blue ribbon and trimmed the yarn ends straight. Then I went back to the other end, untied the knot, and finished the braid on that end, braiding UNDER instead of over, so it would match the other portion.  And then trimmed up the ends.

The finished braid will be about 4-1/2 feet long.  Now, you just need to measure it to see how much to allow for the headpiece.  This was a bit of a problem as my granddaughter lives in California and was unavailable for consultation.  Fortunately, our neighbors have an adorable little girl who is just about the same age, so I popped over to “borrow” her for a fitting.  (Of course, she liked it so much, I felt like I needed to make a second Elsa braid just for her – she was thrilled with it!) 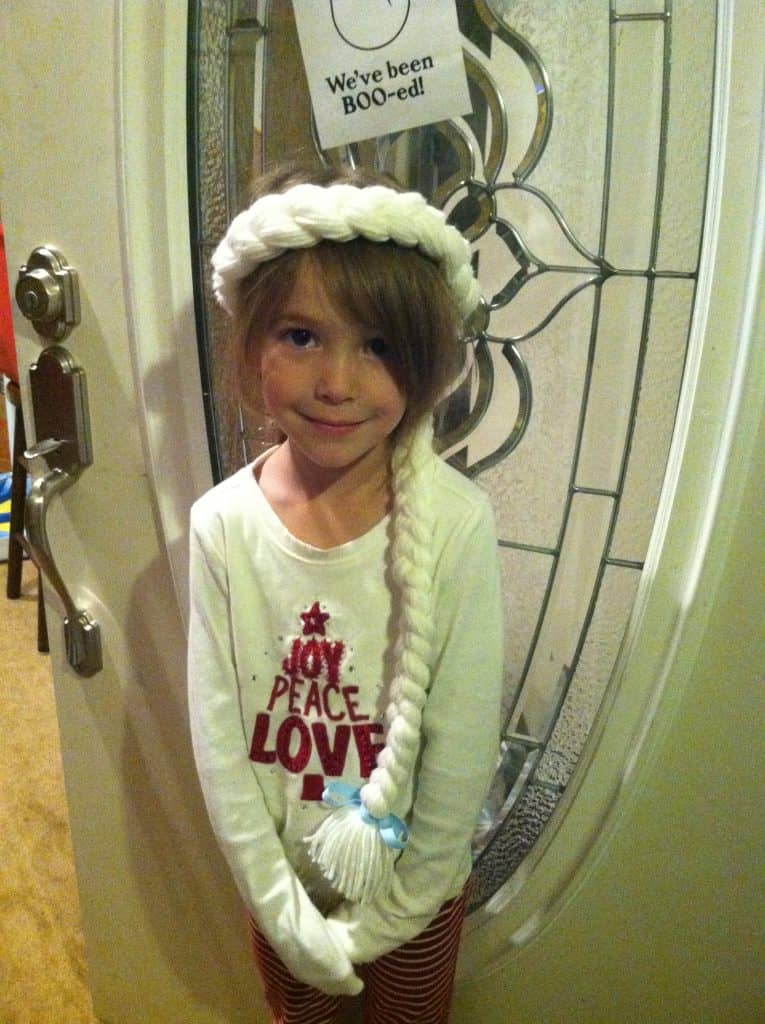 The final step was to just tie a bit of silver ribbon at the back of the head.  I left about 6 inches of the silver ribbon dangling down her back just to be fun.  Then the final step was to just put on the snowflakes.  The foam stickers I bought were self-adhesive but I was on the fence about hot gluing them to make sure they would stay on, but they seemed to hold securely to the yarn.  I alternated them around a bit to make it pretty and to satisfy my OCD leanings…  I figure with a six year old, you can’t have too much glitter, sparkle, or bling! 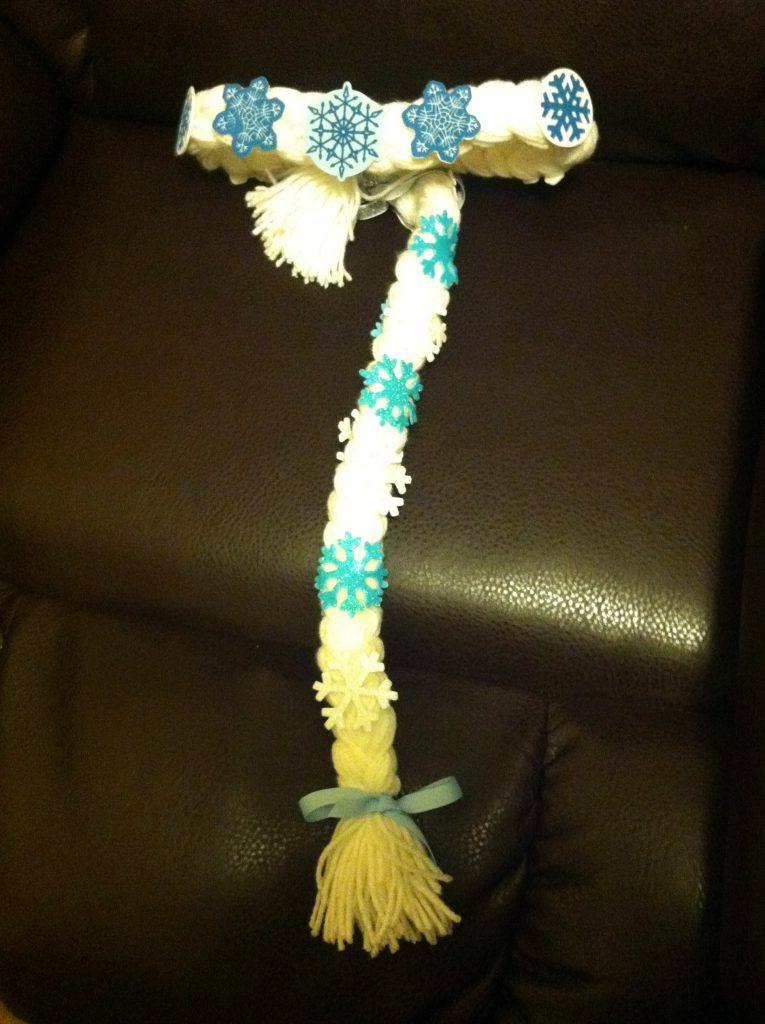 Here are some other crafty posts you may enjoy: