I am having such a tough time making a decision.  So, I thought I’d take it to the blogosphere to get some perspective.  I have a chance to send my son to the National Boy Scout Jamboree in 2013.  A lot of the other boys from our Boy Scout Troop are going to be going and they are trying to talk us into signing up.

On the one hand, it would be a fabulous trip.  They not only go to the Boy Scout Jamboree and have some amazing experiences, but they also get to take a tour of all the historical sites in Washington DC, Boston, Civil War battlefields, and the Smithsonian Museum, which is like the Holy Grail to me.  If there’s one place in the world I would most love to go, the Smithsonian is it and Blake is a lot like me, so I know he would love it too. 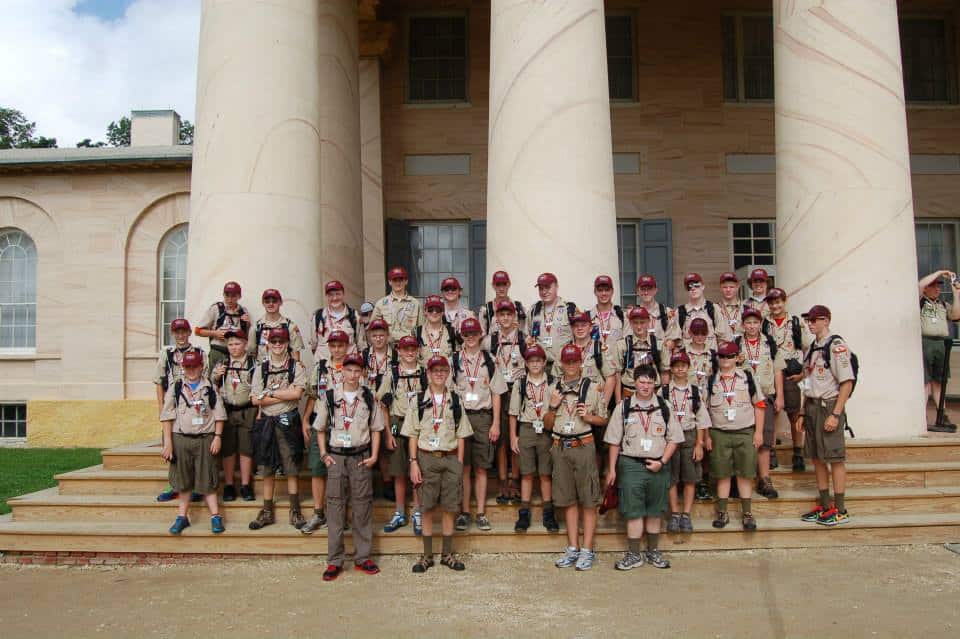 A Jamboree Trip is a LOT of Money – is it worth it?

On the other hand, it’s THREE THOUSAND DOLLARS.  $3,000 big ol’ bucks.  That is a chunk o’ change!!  Could we raise the money over the next two years?  Yeah, we probably could, barring any major job changes or health issues.  But on the other hand, that is a LOT of money to spend on a trip for a boy who will be just 15 by then.  I mean, that is a CRUISE.  That is a CAR.  That is a semester or more of Community College.  Assuming I actually put it in the bank and don’t just fritter it away on stuff like bills and groceries, (and trips to Kohl’s if I’m being honest!.)

I thought about setting aside like $30 a paycheck, but then I realized that we are talking $30 for a 100 paychecks.  That gets REAL pretty darn quickly!  I don’t think I have 100 paychecks between now and then.  Although I guess they are going to have some kind of fundraising for some of it.

This would definitely be the trip of a lifetime for him and there is the possibility he could be going as a 15-year old Eagle Scout.  He’s already more than halfway there and this Boy Scout thing is really catching on for him.  I think it’s definitely the best thing he’s ever done and Jamboree would definitely be the icing on the cake.  He’s already the leader of his Patrol and he’s attending a special Boy Scout Leadership camp over the summer.

So, this would be a nice little gift for completing his Eagle Scout, but then what do you do a couple years later for graduation?  What do you do for a wedding gift, further on down the road?  Are you setting up expectations that you aren’t going to be able to satisfy?  I never got a trip like this, neither did my husband, and neither did our older boys.  I think the biggest thing I ever did was a trip to San Diego with my school choir and I got luggage for graduation (that I’m still using, by the way!).  Is a $3,000 trip too big an extravagance for a kid this age? 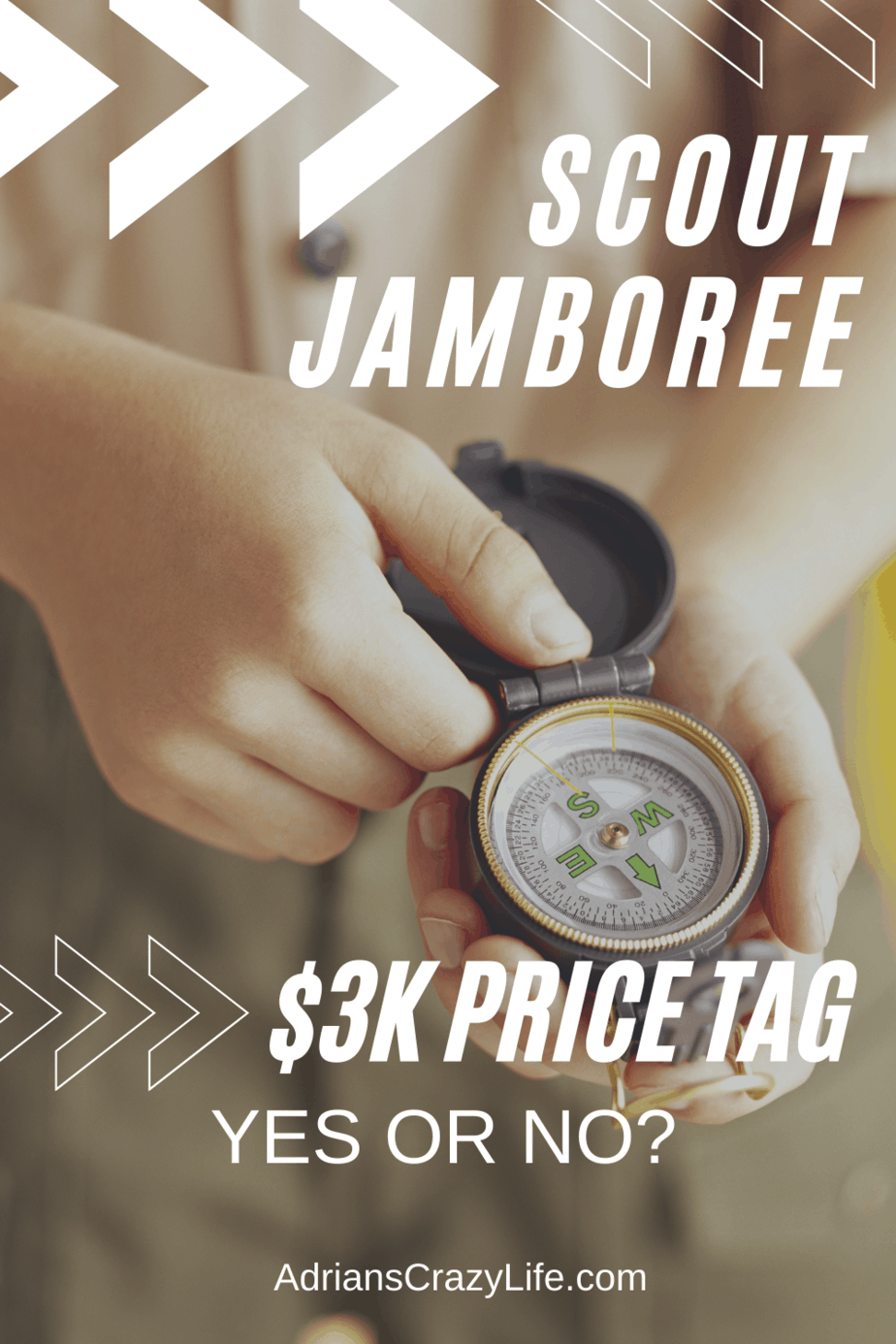 I actually found myself a little jealous.  While I might not necessarily enjoy the Jamboree portion of the trip (sleeping in a tent with a bunch of noisy boys, is so not my thing), I would LOVE the touring portion of it.  I did think about maybe coming along for the touring part of the trip and then let one of the Dads come out and take over for the Scout portion of it – one of the Dads made a comment that he’d like to go, but can’t be away from work for two whole weeks, so it might work.

But then the price goes UP by probably another $1,500 or so – ugh.  And honestly, I’d be chasing around in summer heat and humidity with a group of 40 or so rowdy teenage boys.  And I’d probably be the only female on the trip.  Sounds pretty exhausting (and sweaty and smelly) to me!

As if this decision wasn’t hard enough,  there’s another little wrinkle.  When Blake was 7, our older boy Matt did something called the Ulster Project.  Its a thing where they bring Protestant and Catholic kids out from N. Ireland for a month and match them up with American teens.  At the end of the month, they all part the closest of friends.  So naturally Blake has wanted to do this since he was 7 years old.  And of course it is exactly the same time as the Jamboree.  There is a possibility he could do it the year after, but that would be his last chance.  Oh and the Ulster Project is FREE to the American participants.

So, let’s here it.  What would YOU do?  To Jamboree or not to Jamboree, that is the question! 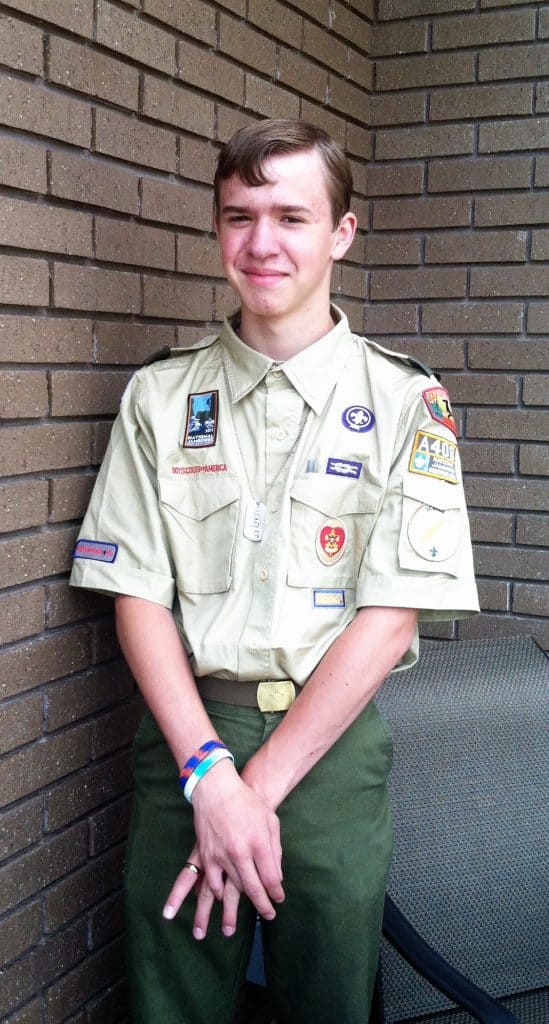 Did we Jamboree or not?  He did!

Postscript:  He did end up going.  He did have to mow lawns and do chores to save $500 of the money for the trip, which he HATED, but he did it. And it definitely was an amazing trip, even with some truly awful weather.  It rained for days and turned the whole camp into a swamp.  It was so bad, some boys staying in the lower areas actually came home with pneumonia from it.  But it was definitely a trip of a lifetime.  I’m glad we figured out a way to make it work.

Here are some other Scouting Posts you might enjoy:

How Scouting Helped My Bullied Son