I wanted to post this post in honor of my upcoming Power of You cruise with the Six Sisters and Alicia Richmond from Chic on a Shoestring.  This is a post from my Facebook friend and favorite financial advisor Chellie Campbell. I am fascinated with her concept of the power of small rewards.

By the way, Chellie just won $20,000 in a poker tournament!  Go CHELLIE – her positive attitude works for her every time!  Go and visit her over at Chellie.com – she’s always got a lot of great and upbeat ideas.  I think it ties in nicely with my advice on giving yourself frequent small rewards.

My friend Korey and I went on a cruise.  We worried about gaining weight, since there was so much scrumptious, abundant food supply on board that we couldn’t believe it.  There were about twelve meals per day:  Pre-breakfast snack, breakfast, after breakfast snack, mid-morning snack, pre-lunch snack, lunch, after lunch snack, afternoon tea, cocktails hors d’oeuvres, dinner, mid-evening snack… by the time the midnight buffet arrived, I couldn’t get so much as another cracker in my mouth!

We decided that we would counter all the food by exercising: Always using the stairs instead of the elevator, making sure to do a lot of walking, dancing in the disco, and going to aerobics class every morning.

We showed up for aerobics class the first morning bright and early.  There was a good crowd at the class and the instructor, Debbie was energetic and upbeat, so a good time was had by all.  Debbie was dressed in a cute yellow Royal Caribbean T-shirt and a matching visor.  At the end of the hour, she gave each one of us a yellow “Ship Shape” dollar and told us that we would get one at the end of each exercise program on the ship.  If we collected ten “Ship Shape” dollars, we could redeem them for a yellow T-shirt and visor just like hers.  Everyone’s eyes lit up.  A free prize?  Cool!

You might guess that, as the week wore on, and we partied and danced ’til the wee hours of the morning, it became increasingly difficult to get up at 7:00 A.M. to go to aerobics class.  The wake-up call would ring in our rooms, shattering our slothful sleep and we would groan in chorus.  I would say “I don’t want to get up and go to aerobics this morning, do you?”  Korey would say “No… but I only have five “Ship Shape” dollars.  How many have you got?”  “I’ve only got four – how did you get five?” “Oh, they gave me one for shuffleboard yesterday” “That’s cheating!” “No, it isn’t, it was exercise!” “Well,” I said, “I’ve got to get up and go to class, so I can catch up.”  And we’d both get up and drag our tired bodies to aerobics class.

There were a lot of tired bodies there!  But I noticed everyone telling versions of our story: “Well, I was really tired and didn’t want to come today, but I only have six dollars and I need four more to get my T-shirt” or “I wanted to sleep in, but I need three more dollars!”

It was amazing how people were plugged into this competition for a T-shirt while on this cruise that cost $800 (they could definitely afford to buy themselves a T-shirt if they wanted one).

The lessons of the “Ship Shape” dollars are:

Today’s affirmation:  “I accept rich rewards – and I deserve them!”

How can you use this idea to motivate yourself to do the things you don’t really want to do?

Check out my friends at Get Away Today.  They have lots of amazing tips on cruises and other vacation destinations.  They even have a layaway program to help you save for your trip. 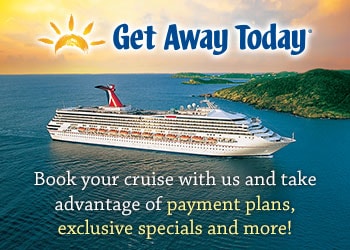