I love to travel more than anything else in this world!  On our recent trip to Hawaii, we found some great new options to save more money on travel, so I thought I’d pass them on to you guys.  Actually, I found some ways that I would recommend along with some ways I wouldn’t recommend so I’ll share them all!

I’m Now a Fan of Airbnb

I was initially very cautious in getting an Airbnb and with good reason.  There are some security concerns, especially if you are traveling alone, so you do need to be cautious.  Definitely research the neighborhood carefully because you don’t want to end up in some skeevy and unsafe neighborhood.  That’s the drawback with these listings.  Plenty of interior photographs, but you don’t know anything about the neighboring area.  Plus you don’t know who all might have a key…

But compared to the hotel rates in downtown Honolulu, Airbnb is significantly cheaper.  This makes it one of the best ways to save more money on travel.  And I found a TON of fantastic options in our preferred price range on both Oahu and Maui.  One ended up being an ultra-modern high rise condo 2 blocks off Waikiki Beach.  The other was more like a grandma-style ground floor condo with a terrific lanai area that was 5 minutes from the beach.

One caveat – really pay close attention to the cleaning and security fees.  Especially if you are staying less than a week, the fees can get pretty outrageous!  Usually $100-$200 tacked on per stay.  Plus things can get a little bit unpredictable compared to a typical hotel.  If something isn’t working, you can’t just switch to another room.  And there’s no security or front desk person, although your host can be helpful.

On our stay in Waikiki, the pool was closed for maintenance the whole time (with the beach so close, we didn’t care!), the TV didn’t work properly, and the A/C unit leaked.  Also, the apartment was BRIGHT.  It had floor-to-ceiling windows, so you could read the paper in bed by 6 AM.  We are very laid back folks, so we didn’t care, and we were too busy to chase down the host about the TV, but for some people, this would be a deal-breaker. 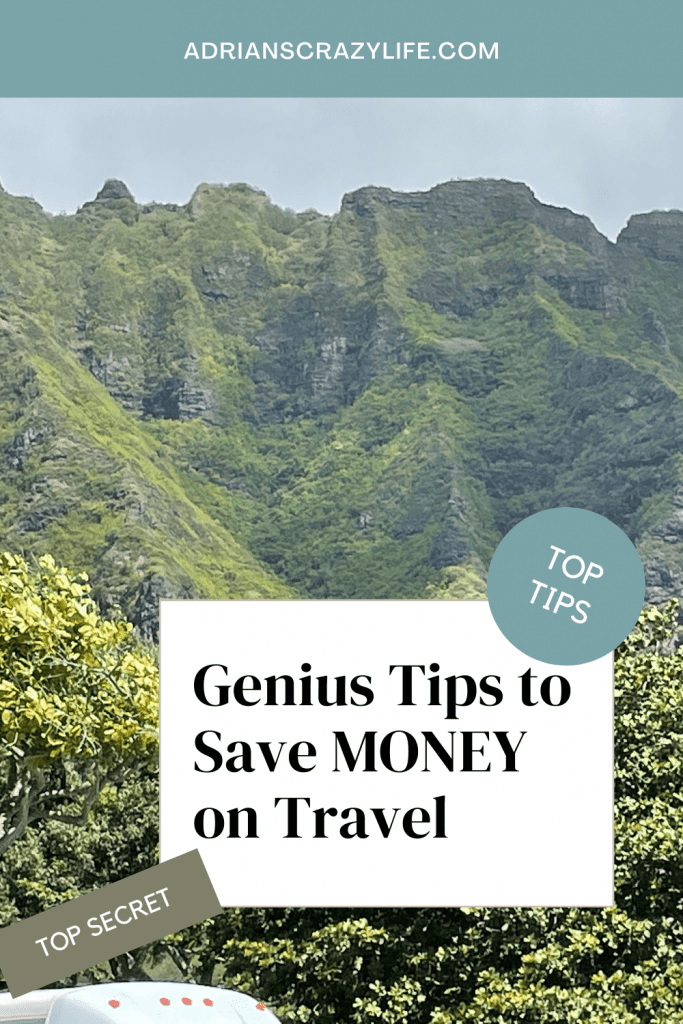 I’m also a Fan of Turo for Car Rentals

We were on the fence about needing a car rental, so we didn’t book one until almost the last minute.  A lot of our excursions included a shuttle or other transportation, so we weren’t sure if we actually needed a rental.

But my son and I crunched some numbers.  We looked at traditional car rentals, the option of taking airport shuttles and Ubers or Lyfts to get around for four people, and the Turo.com option of renting private vehicles.  Hands down, Turo was the sure-fire winner!  It saved us $400 big ones between the two rentals we used.

However, again there are a few drawbacks with these person-to-person rentals.  The first car was a cute little yellow Prius Compact. VERY COMPACT!  For four people plus four small suitcases and a couple of backpacks, it was very SCRUNCHY.  And we had to walk about a mile outside the airport with all our luggage to get the car and then go through a complicated routine to find a lockbox under the fender, put in a code, then find the ignition key in the trunk, etc.  Took several texts and phone calls.

Not trying to scare you off from using Turo, but I want you to have a realistic picture of how this all works.  We did have to pay $75 extra for the option to pickup and dropoff from the airport, but compared to the cost of a shuttle, Uber or taxi to get the car from the guy’s house, it was pretty reasonable. 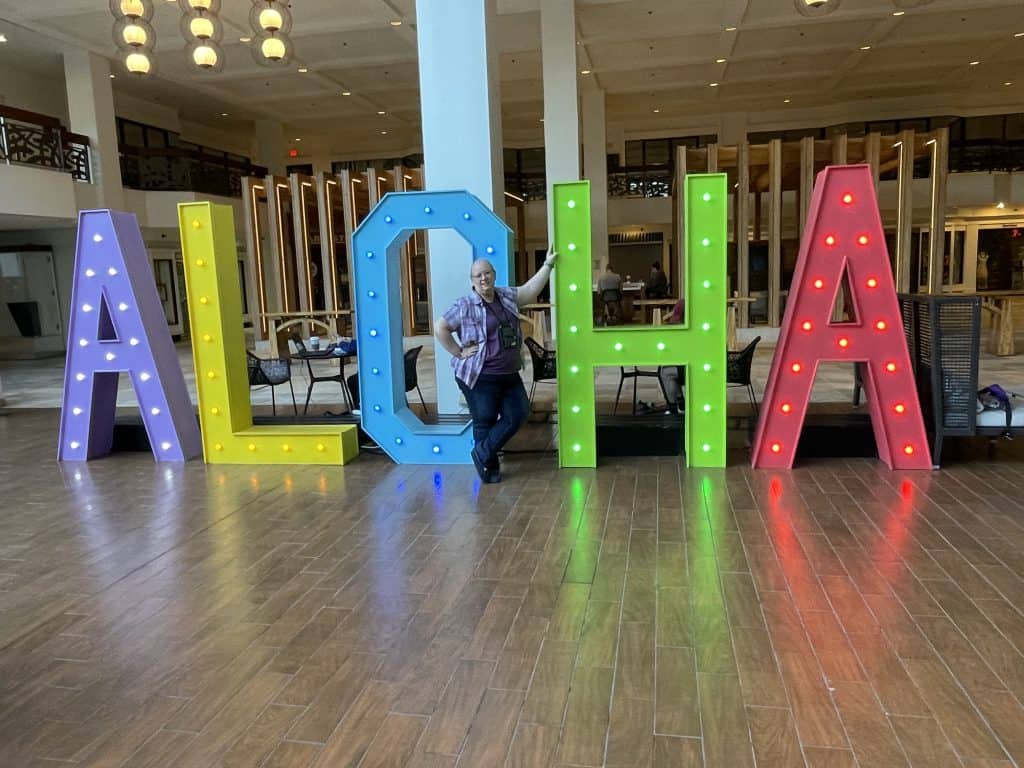 Car #2 – we had a problem.  We had a Kia Sportage all lined up, but the owner texted us that morning that he’d just been diagnosed with Covid and did we still want the car?  I have to give him props for being honest, because most people wouldn’t have said anything and just let us take our chances.  He lost a couple of hundred dollars when we cancelled, so we felt terrible, but we would’ve been screwed if one of us had gotten sick and couldn’t fly home on schedule.

So, now what to do?  We had taken a taxi to our condo and now we had to find another Turo option in the same neighborhood for a similar price.  But Turo was a champ!  We found a guy just four blocks away with a Nissan (a bit bigger thankfully!) and was able to provide a car with just an hour’s notice.  That would have been much more complicated with a traditional rent-a-car place.

So based on our experience, you definitely can save money while traveling, but you have to be a bit flexible and willing to think outside the box a bit to save more money on travel, and maybe you can take a trip you wouldn’t otherwise be able to afford.

Here’s the DON’T Option – Alaska Air.  Avoid at all Costs!

Another area where we saved HUGE was on flights.  We originally started with a travel agent, but her pricing was laughable.  Even though we’d explicitly told her, we were budget travelers, the options she came up with for everything was SKY HIGH.  But at least she gave us some good tips on what areas to choose – our first time in Hawaii and we had no idea where anything was or which islands to choose.

But we are good internet-savvy folks, so my son and I got our computers on the kitchen table and spent a good hour on Google Air, plus every travel site we could think of.  We finally came up with an itinerary on Alaska Air that was a whopping $1600 LESS than Delta for our family of four.  Caveat – if something is TOO CHEAP, there’s a reason for it.  Alaska Air SUCKS!

There is a wait up to 10 HOURS to talk to an agent on the phone – not kidding!  And they don’t pay their pilots well, so there were massive strikes and sick-outs going on all over the place.  We lost half our first day of travel because they re-routed us to a United Flight that went through San Francisco rather than LAX.  And coming home, we had a 12 HOUR layover in LAX and they changed our gate four times so we had to RUN to another terminal to catch our plane.

My poor son ended up getting locked out of the airport at one point.  We’d checked a bag and he had to go out of security to retrieve it.  That’s when we discovered that they won’t let you in the airport until 6 hours prior to your flight.  My daughter-in-law went to bring him some dinner and the two of them had to sit on a cold concrete floor until 4:00 in the morning when they could come back in. #miserable

Was it worth the $1600 savings?  Yes, but just barely and we could easily have ended up stranded at any point in the journey, so we felt lucky that we at least made it through.  So, think long and hard before you go with the cheapest flight option!  It may not be worth it, if you can’t get to your destination or get home.

Speaking of travel for cheap – I’ve found a new source for finding the best flights.  This is a subscription service that sends you an Email every day with terrific travel bargains to different areas of the country and sometimes Internationally.  I’m pretty sure it’s just a guy with a computer, but I’ve seen him come up with some pretty amazing deals.  Just this week, he’s sent us a Seattle flight for $128 roundtrip and an LA flight for $78.  So eventually, you’ll find a terrific deal to a city you’d like to travel to.

It’s only $97 per year, but I’ve got a discount code to make it $50 a year, if you’d like to give it a try.  http://www.mattsflights.com/discount97  The advantage to having it is that Matt will personally work with you to book ANY trip at all you’d like to take, anywhere in the world, and he has all the best techniques to get you a great deal.  So he basically acts as your private travel agent without trying to suck you into an expensive travel “package” like our travel agent had done.  I’ve been quite happy with the service.

Viator is not necessarily a great way to save more money on travel, but it is definitely the way to put more adventure into your vacation plans.  We’ve used them to book excursions in both Alaska and Hawaii, which enabled us to do all sorts of things.  We were able to:

2 Comments on Genius Tips to Save More Money on Travel