Is there anything more pesky and annoying than trying to get your kids to do their chores? Unless you were born with that magically organized child (I never had THAT kid!), you are going to be fighting this fight for at least 18 years.

So, I tried to put some mechanisms in place that would help gently steer my son in the right direction without having to lay down the law and be all heavy-handed.  If you want to train a dog – you’ve got to be smarter than the dog! 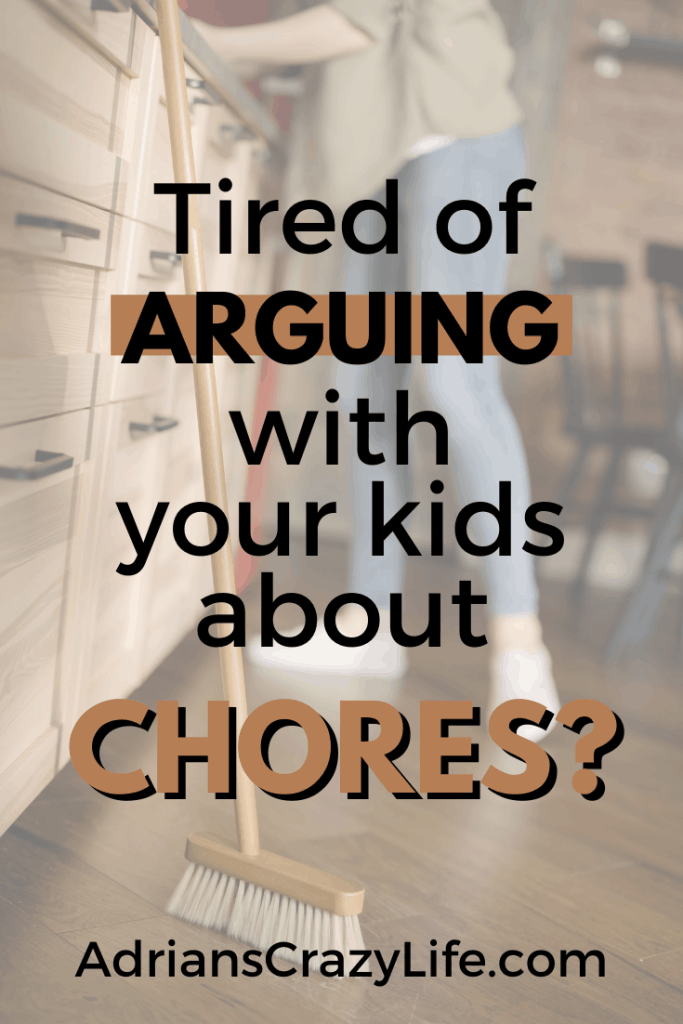 My youngest son and I both have ADHD and we’re both visual people.  This means organization and daily habits are a struggle for both of us.  If we don’t see it, we don’t think about it.

So, I thought about old-fashioned time cards at work. Back in the dark ages – you had to fill out a paper timecard every day with the hours you worked. We were pretty motivated to do this because if we didn’t we knew we wouldn’t get paid.

Also, I needed something that was easy to duplicate.  I’m a busy working Mom and I can’t reinvent the wheel every week.  So I sat down and thought about all the things I wanted him to do in a day – make his bed, brush teeth, all the usual stuff. I put them all on a checklist and put spaces for every day of the week.

I did it in an Excel spreadsheet, the printed it and put a sheet of plastic over it.  As he does every item every day (hopefully!), he dates it and checks it off the list and then keeps count of his check marks.

Setting it up this way helps both of us to see how many chores he is doing in a day and how many times he is getting a particular chore done in a week.  Then I put it on the bathroom counter on a clipboard with an attached dry erase marker (so it doesn’t wander off).  That way, he is sure to see it several times per day.  That helps with visual kids like this.

Motivating Your Kid to Participate

We also started a new checklist concept this year. ADHD kids need consistent routines. But as the old saying goes – you can lead a boy to college, but you can’t make him think (or something like that!).

However, I needed to create some motivation for him to want to use the checklist every day. So, what does every boy with a pulse want? Video game time.

He could not play ANY video games until half the items were checked off his list every day.  If he gets them ALL done, he gets an hour of games.  It hasn’t been a perfect system and we’ve refined it a bit here and there, but on the whole, it’s worked better than anything else we’ve tried.

Kid’s rooms can sometimes be a nightmare. I know mine always were. I remember my Mom getting mad one day and getting in there with a trash can and a shovel!  One thing that helps is to really cut back on the amount of stuff they have to deal with. It’s just too much and it was overwhelming to me, and completely impossible for my kids to manage.

Several years back, I removed all the toys from their bedrooms and banished them to a separate play area or a storage closet.  Seriously – that was the best decision I ever made. The only things I allow them to have in their rooms are their clothes, books, and a few stuffed animals.  That makes it SO much easier for them to cope with.

I also make sure there is a large laundry hamper and a large trash can. I just recently labeled his drawers and that is also a big help, but you need to go in a couple of times a year and just help them to reorganize and restructure a bit.  Some kids are capable of managing that on their own, but mine were just overwhelmed with a task like that.

One thing that has been a big help to me is my Google calendar. I have the ability to set up recurring reminders on both my account and both my son’s accounts. I set up a schedule of reminders to clean the cat boxes, clean their rooms, have my older son and husband check the fluids in the cars, empty the trash cans, and do the vacuuming. That has been a really big help because I’m terrible about remembering to do these mundane things on a set schedule. But my computer remembers for me just fine!

In order to accomplish all this, you need to have some consequences in place for when the kids don’t do the things they are supposed to do. Penalty chores are what works for us.  It is a standing rule that if they don’t do an assigned chore, they have to do the original chore PLUS a penalty chore of my choosing the next day.  And I save the most unsavory chores for the penalty chores, so it works as a good deterrent.

When my kids were younger, we would have a little motivator. If they didn’t make their beds or do some other simple chore, their brother could do it for them and charge them a $1 fee. That’s actually a pretty good incentive because it really ticks them off.  And on the chore checklist, if I catch him marking down anything he hasn’t actually done, there is a two-day penalty of loss of video games. Yes, I’m a mean Mommy sometimes.  But it’s working and it’s saving my sanity, so I declare it a good thing!

If they don’t do an assigned chore, they have to do the original chore PLUS a penalty chore of my choosing the next day

Stop by tomorrow and I’ll give you some ideas for getting kids up and out the door in record time!

At My House Chores Aren’t Fair and That’s OK

How to Get Your Teen to Do Their Chores

5 Tips to Get Teen Boys off their Video Games

7 Comments on Powerful Tips to Organize Your Kids – Chores