Parenting teens is HARD.  One thing that makes it even harder is when your teens are exhausted from lack of sleep.  If there is one thing that is epidemic with teens, it is overstress and lack of sleep and it is clearly affecting their mental health at a time in life when they are struggling to navigate some incredibly difficult situations at school, with parents, with friends, and sometimes in their own minds.  It’s so different from when you and I were teens.

It’s ironic that just when they are at the point where their bodies need more sleep, their level of activities peak and they get MUCH less than they actually need.  Then we wonder why they are cranky and uncommunicative.  Yes, I know some of it is just natural teen hormones, emotions and part of the normal growing up process.  But I honestly think some of it is just due to plain sleep deprivation. 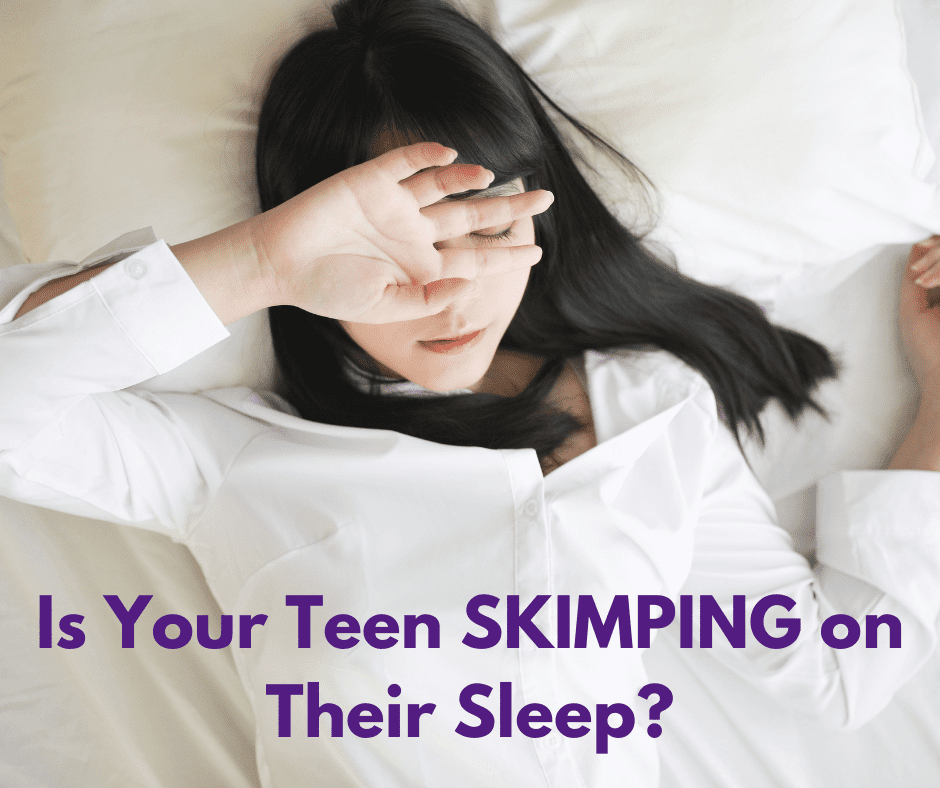 Why our Teens are Exhausted So Much of the Time

In fact, at this age, nearly anything is more appealing than something boring like sleep.  That’s where a bit of firm parenting can help.  Your teens sleep and teenage brain development are depend entirely on you and the rules you are willing to set.

Here are just some of the distractions that are getting in the way of seeing that our exhausted teenagers get enough sleep to function properly:

With schedules like this, it’s no wonder that teens are exhausted pretty much every day of the week, poor kids. 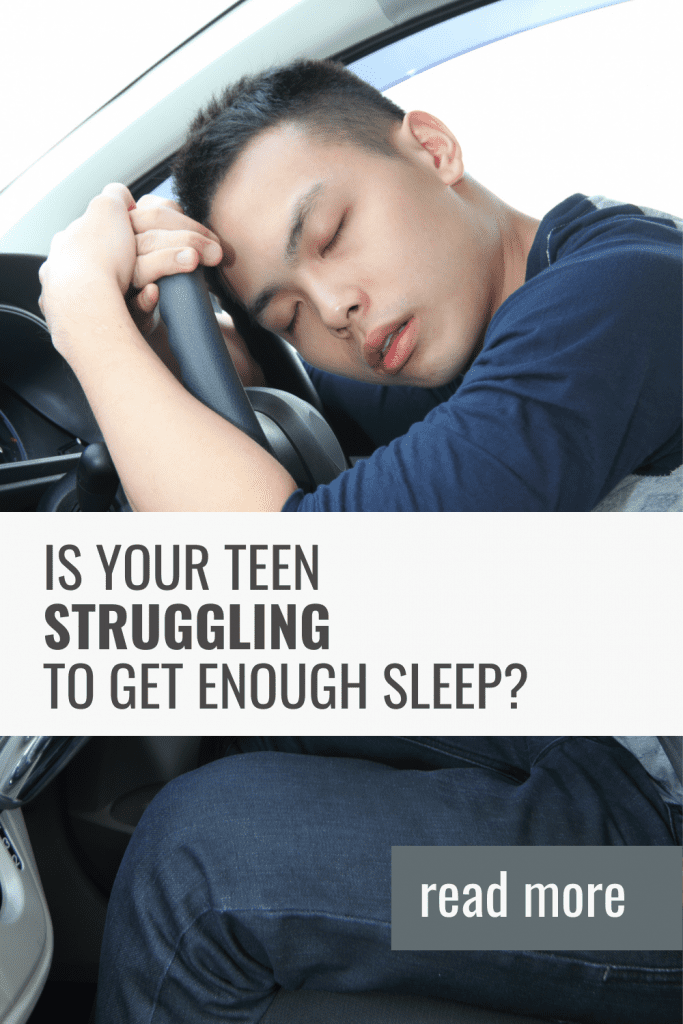 Honestly, I think the electronics is the biggest problem, but mostly the cell phones.  While I love my cell phone/computer, etc.  I know perfectly well that these devices are designed to be highly addictive and I’m quite thankful that they were not as big a “thing” when my kids were growing up.  There’s no way a teen with their immature brains is going to be able to avoid that level of temptation.

But I worry for my grandkids who are all in the teenage range now.  My teenage grandson shared that he will often stay up until 3 in the morning binging Netflix or watching YouTube videos and I assume this is a fairly common practice.  My younger grandson has been known to get started playing Minecraft or Fortnight  within 30 seconds of rolling out of bed.  Yes, I do have some issues with that from a parenting point of view.  But my son and daughter-in-law deserve to raise their children the way they see fit, so I try to stay out of it.

I have a couple of posts on kids and the addictiveness of devices, along with some helpful software to control the situation.  I hope you’ll take a minute to read them.  Cell phones and video games.

I think part of the solution is to set some firm policies in place for your whole family and stick to them like glue.  Yes, your teen will NOT LIKE them.  But then again, they used to poop their pants and eat Cheerios off the floor and you managed to break them of those habits, right?  And if I recall, that took a lot of time and no small amount of reinforcement, correct?  But you both lived through the experience.

Here are some policies you might consider to help your exhausted teenager get more sleep:

You know your teen.  My youngest son needs a lot of sleep, so he had a set bedtime until he was about 17 or 18 and then I let him have a bit more latitude as long as he could demonstrate he could manage it.  Of course, now he’s a Zombie – well, literally.  He works in haunted houses and escape room more or less year-round and they keep some pretty strange hours.  So I cut him a break and let him sleep undisturbed until about 10:00 in the mornings, when he has to go to his college classes and/or work.

But you’ve got to find what works for your teen, even if he or she doesn’t entirely agree.  The teenage years are soooooo hard.  But usually if you present it in a good way and give them a bit of input into the decision, you’ll find that they don’t take it as hard.  Kids this age love to be treated like adults and love to have a bit of control, so if you can get them to sit down at a quiet dinner and discuss it like adults rather than the typical “I’m the parent and you’ll do what I say” discussion, you’re liable to get a lot more buy-in and maybe come up with a compromise that will work.

But with other kids, you have to just draw the line and make them follow the rules.  They say you have to pick your battles and this is definitely one worth fighting.  That extra hour or two of sleep could tip the balance on your child’s mental health and well-being and that is so important.

Help! How can I tell if my teen is being cyber bullied

How to Get Your Teen to Clean Up Their MESS

Do You Think Your Teen is Awesome? You Should!