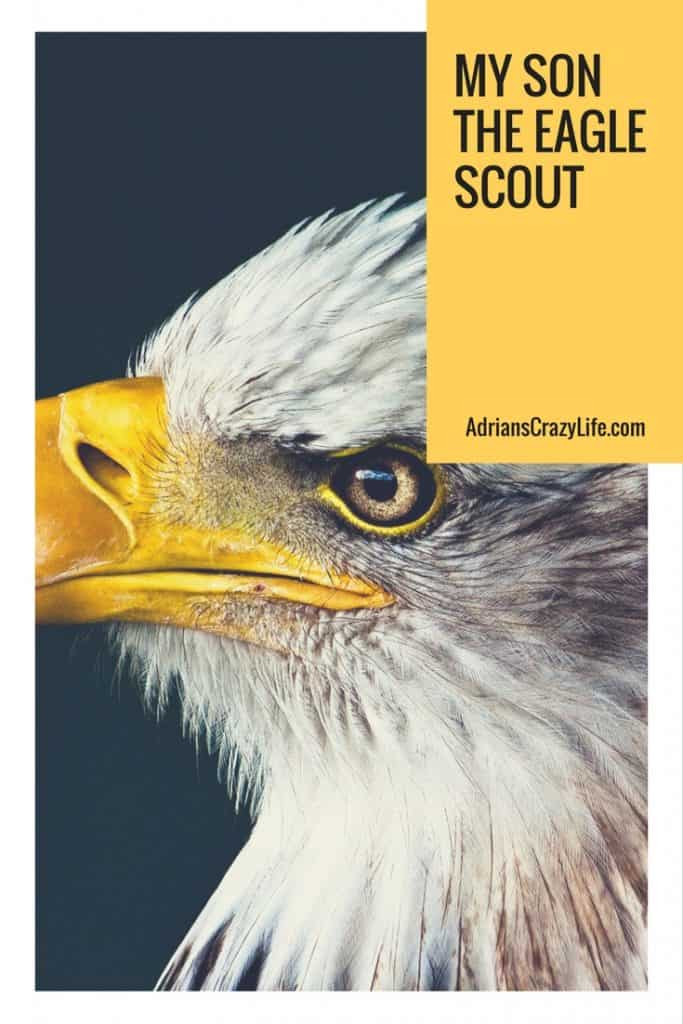 If you remember this post from over the summer – My son the almost-Eagle Scout, you’ll know that I was really biting my nails over whether or not my son would complete his path to Eagle.  I’m happy to report that he finally got with the program and earned his Eagle rank.

I was very pleased with his choice of projects.  He had a lot of problems with bullying growing up – so his project was an anti-bullying project called the Buddy Bench.  I love this concept and they’re really starting to catch on.  The idea is that if a kid is feeling lonely or bullied, they go and sit on the bench.  The other kids are supposed to at least leave them alone, and hopefully they will befriend them and comfort them.

My best friend is a teacher at this school and she tells me that the bench is getting plenty of use.  The Principal even added a pair of trees from the Tree Utah project to shade the bench.  I thought that was pretty cool. 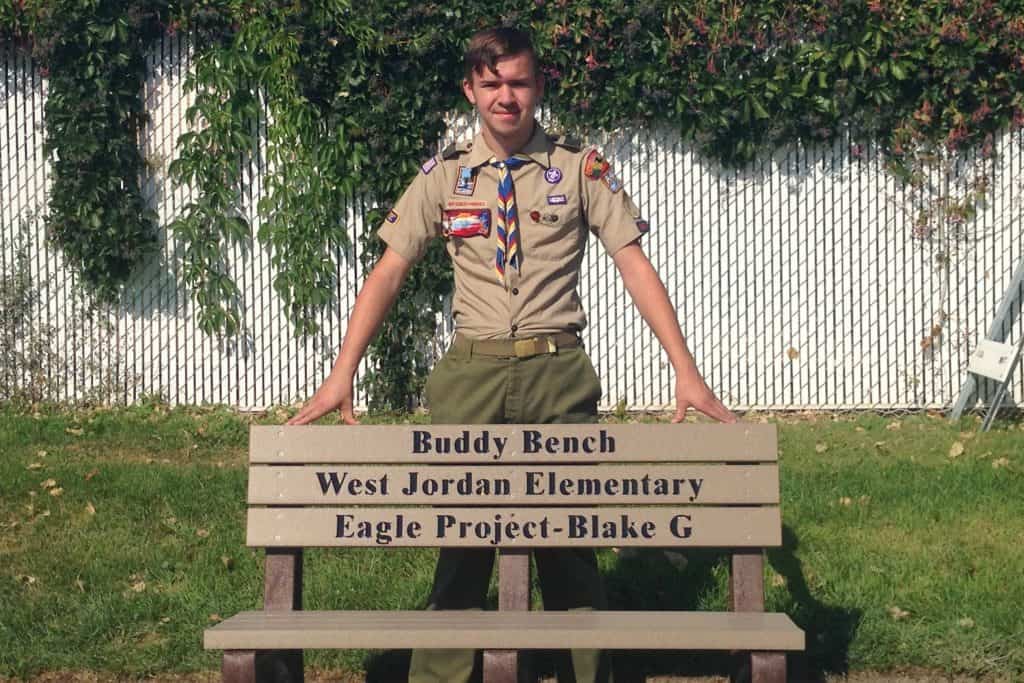 Even though we didn’t necessarily seek it, Blake has gotten a ton of positive attention as a result of his project.  As I had created this sponsored post for the BSA, it inspired BSA Chief Executive Wayne Brock to offer him personal congratulations on his project.  The conversation on that one was pretty interesting.

Here’s the note from Wayne Brock:

Blake’s story is a powerful testimonial as to how our movement is having an impact on the behaviors of today’s young people, their parents, and their communities to learn the values of Scouting and how to respect others.  I think we can all be inspired by how Blake managed to turn a negative situation into a positive one by motivating himself to find a solution to bullying to help other young people who may find them in a similar situation – all based on the values he learned through Scouting.

I applaud Blake for his courage and determination and encourage him to keep up the good fight. A simple idea like his Buddy Bench can really make a big difference in young people’s lives. Blake, you’re an inspiration to all of us!

He also had 10-second feature on the evening news, an article in the District newsletter as well as his school newsletter, plus there is a feature coming out on several of our Eagle Scouts in our city’s newsletter.  He is also going to be featured in an upcoming documentary by local entertainer and Ivy Girls founder Jessie Funk.  That was really heart-warming that so many other people cared about bullying.  It was kind of a ripple effect….

It’s a bit more complicated than you might think to navigate all the safety regulations and the red tape involved in a School District, plus all the fundraising and ordering process.  It took 3 or 4 meetings and probably 30 or 40 Emails and phone calls back and forth to get all the details sorted out.  But because they had been through it themselves, these men understood the importance of a boy’s Eagle Project and they were not about to let him fail.

I was very pleased with his Eagle ceremony as well.  We managed to time it so he could have his ceremony along with 4 other boys who had been his Patrol members and friends from the beginning. 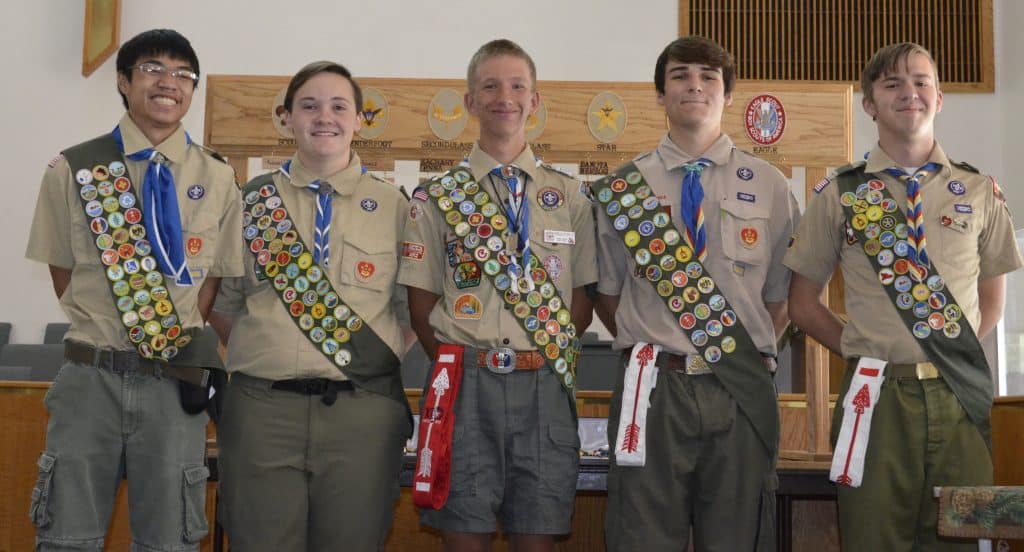 It was a great day and I was really pleased that Blake finally got his inspiration and managed to complete his bench project in time to enjoy his ceremony.  He is now and forever Troop 411’s Eagle #125.

How Scouting Helped My Bullied Son

My Son the Almost-Eagle Scout

4 Comments on My Son, the Eagle Scout