My Tweeps were having a discussion on Twitter the other day that really got me thinking. They were talking about how their kids fight so much.  The discussion was about what is normal sibling rivalry?  Is it was normal for siblings to have such a hard time getting along?  I don’t think so and I’ll tell you why.

If you’ve been reading my blog, you know that we’ve had a lot of problems with our youngest son and bullies. So I’m very sensitive to any situation that looks like bullying.  To me, sibling rivalry at it’s worst looks a lot like bullying. 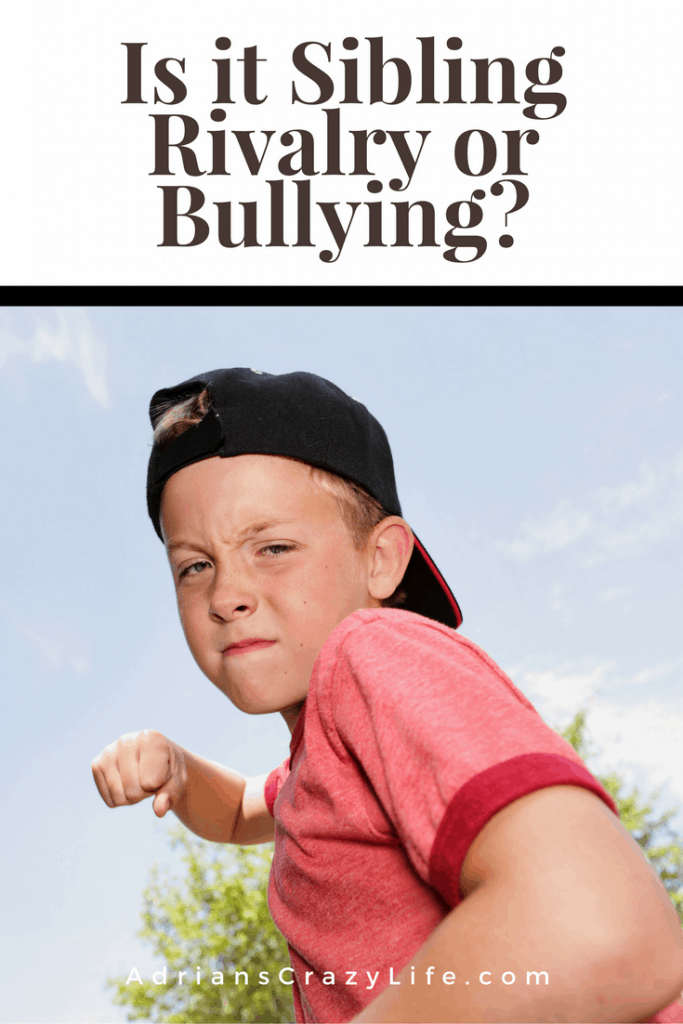 I’m not trying to criticize other Moms.  I think we’re all good parents in our own way.  We all do the very best we can to raise our children. Instead, I’d like to present viewpoint that challenges some of the accepted wisdom out there.

People have always said things like “boys will be boys” or “let kids just be kids” to excuse kids who play rough or who are mean and hurtful. But I really question that thinking. If we let them, our kids would still be pooping their pants and eating food off the floor too.  As parents, it’s our job to teach them better habits and set limits.

As parents, it’s our job to teach them better habits and set limits.

In my situation, I had no choice.  You can see in that picture how large of a size difference we were dealing with.  There were about 9 years between each of my kids.  I couldn’t let the older boys be rough with their siblings or someone would have been genuinely hurt.  But mine were usually pretty tolerant about putting up with their pesky little brothers.  They weren’t especially physical, but I had to quash some teasing and name calling now and then. 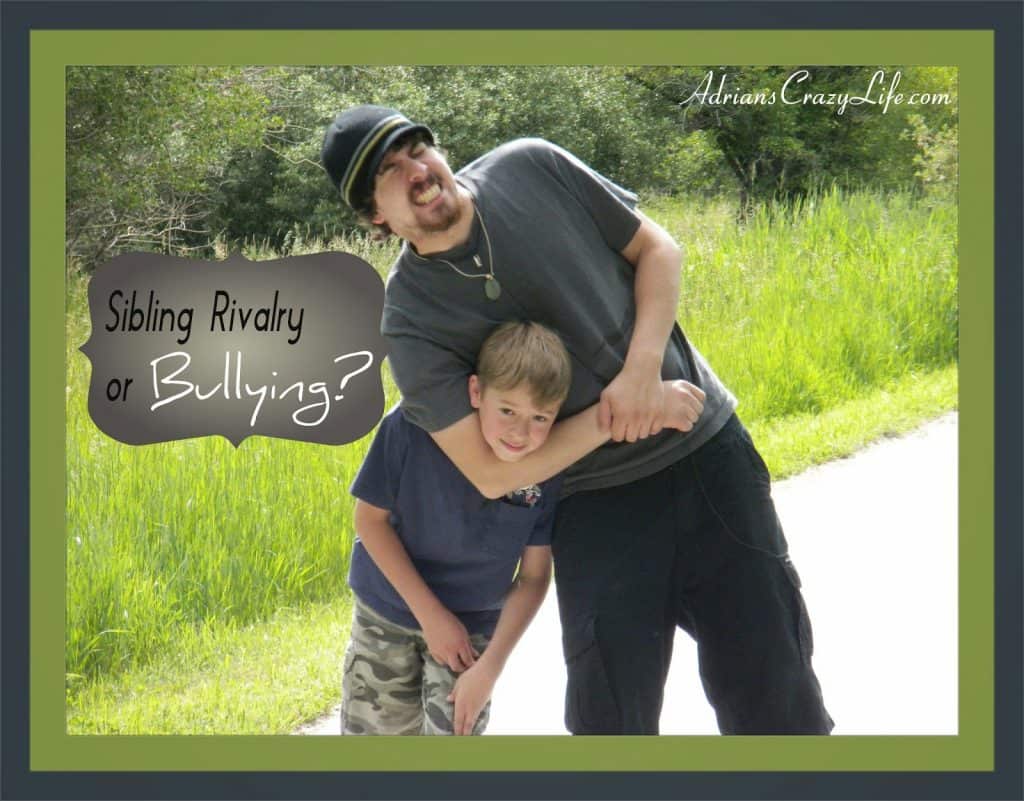 In a way, I think it’s almost worse for kids to be mean to their siblings, because there’s nowhere to go to get away from them. They have to live right alongside their attackers every day.  Even worse, this kid knows all your weaknesses and insecurities.  I’ve seen some very nasty infighting between siblings and that would be a terrible way to grow up.  Many friends take great joy in recounting how horrible they were to their younger brothers and sisters.  It’s like a badge of honor or something.

Kids have so much pressure today, in school, in sports, in every other environment.  I really think the home needs to be the one place where they can let their guard down and just relax.  They deserve to have just one safe place to be themselves without constantly being harassed, teased, or even physically abused by their siblings.

Almost always, it’s an older child going after a younger one, or a stronger one going after a weaker one – over and over again. The victim will always be younger or weaker than the sibling, so they really can never win.  This has to produce a terrible feeling of powerlessness. Even if they ask the parent to intervene, they are frequently just called a tattletale, so it really is a no-win situation.

Honestly, I can’t understand why a parent would allow either child to act this way – it isn’t healthy behavior for either of them.  But many parents think it’s really no big deal if a sibling hauls off and socks their brother or sister or calls them a humiliating name.  I think about the boys who bullied my youngest so unmercifully at school and I wonder if this is how their bullying habits took root?  With their own siblings?  It’s certainly one explanation.

Now stopping the problem is a whole other story.  But I think it can be done, even if your kids are die-hard daily fighters. Kids are very smart and they catch on quickly to what will and won’t be tolerated.  After all, if Bobby was chasing little Susie around with a butcher knife, you’d find a way to put a stop to it immediately.  Bullying is hurtful, so take it seriously, even if it’s just between your own kids.

[bctt tweet=”Bullying is hurtful, so take it seriously, even if it’s just between your own kids.” username=”adrianscrazylif”]

Model kindness, teach them some coping skills and some negotiation skills.  Many times, that’s part of the bullying cycle.  The bully just doesn’t know how to get their needs met except by physical force.  No one ever taught them how, or explained to them that other people have rights and feelings that matter.  And sometimes you DON’T get what you want – that’s life and life is rarely fair.

It’s all a matter of deciding if it’s worth the effort to your kids learn to get along.  It definitely does take some effort on your part, but it’s absolutely worth it.  If nothing else, it helps to teach them some basic negotiation skills.  It may help them later in life when they’re dealing with bad teachers or bad bosses.

9 Comments on How Do You Know If Is It Sibling Rivalry or Bullying?