I’m glad that bullying is getting a lot of attention in the news lately. I’m hoping that all this publicity will do some good for once, and maybe it will trigger some useful solutions to the problem. I’ve got a few ideas on the subject.

My friend Jyl over at MomItForward started a discussion on Facebook yesterday and it got me thinking.  Our two older boys had very little experience with bullying, but sadly our youngest boy has had the lion’s share of it. 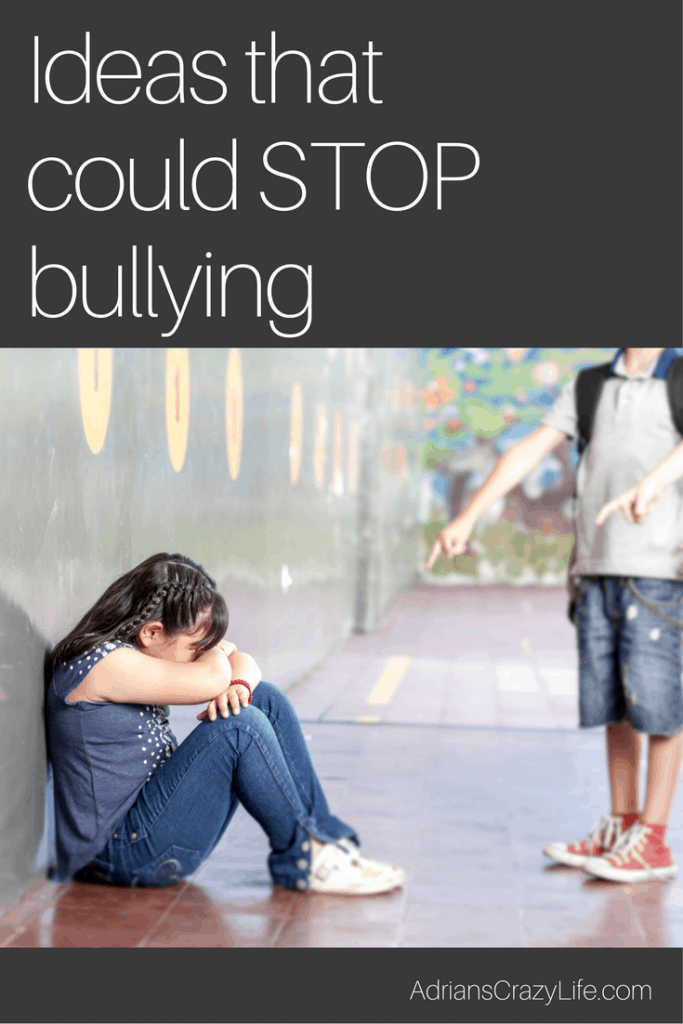 I’m not just talking a little bit of teasing or kids just harassing him, I’m talking major physical and emotional bullying and intimidation.  All this before he was even ten years old!  Just thinking about it makes me physically ill.

And we live in a “nice” neighborhood on the “good” side of town.  These aren’t poor kids of low-income working parents.  These kids are from well-educated, church-going parents, who presumably are brought up well.  As a parent, I involved myself in the process every step of the way.  I documented everything, I had meetings with the teachers, the Principal, and even the School Superintendent.  Everyone involved including the Principal and the School Board, tried to put a stop to it.  But nothing they did was particularly effective.

They did expel one of his most persistent attackers, but since there were multiple boys and they were smart enough to act when supervision was minimal, the torment continued through most of the 4th and 5th grade.  Mysteriously, in the 6th grade, most of it stopped, and so far, in Jr. High and High School, he’s been just fine.  Who knows?

Anyway, I promised you some solutions.  As a first-hand participant in all this, I think I’ve got a pretty good perspective on this.  Let’s start with the victims.  Part of the fear and frustration of being a bullying victim is that they don’t know who or how to report the problem to, and often they aren’t believed or aren’t taken seriously.

“Part of the fear and frustration of being a bullying victim is that they don’t know who or how to report the problem to, and often they aren’t believed or aren’t taken seriously”

What if there was a way kids could report bullying consistently and anonymously, every time?  And really be listened to?  And given a bit of coaching by the teacher on how to handle it.  The teacher could pass them to the bullying task force.

Who would make up this task force?  The kids.  Kids are quite capable of disciplining each other quite fairly, when given the training and opportunity to do so.  If there were a council of 5 or so older students who could meet for an hour or two a week to hear the facts, determine the guilt or innocence, and hand out the appropriate punishments, I think kids would take them a lot more seriously.  It makes more of an impression if your peers disapprove of your behavior than adults.

Also if these same kids were given the same authority as the playground aides to deal with any horseplay or bullying.  That would multiply the amount of supervision on playgrounds and buses, in restrooms, and in lunch areas – prime real estate for bullying.   They wouldn’t be given authority to punish on the spot or to physically intervene.  But if they had the authority to tell the bully to stop, and to report the bully to a teacher or a Principal, that would help a lot.

Another problem is that the current punishments are ineffective.  Really ineffective.  As my son’s case shows, nothing the staff did put any particular damper on the abuse.  The typical chain of punishment goes:

These can vary depending on the school official involved, the age of the child, or the severity of the behavior.  But what I don’t see is anything about actually teaching the bully anything about how to change his/her behavior.  How about something more like this:

These are actually fairly simple ideas that will cost very little and they could make a big difference in this problem. Particularly if we implemented them nationwide. Then both the victims and the bullies would know exactly what to expect.

What are your ideas on new and innovative ways to prevent bullying?  Leave a comment or even better, come and join my new Moms Against Bullying Pinterest Group Board and share your ideas and blog posts.

14 Comments on Ideas that Could STOP Bullying