Helping teens navigate a divorce situation is something I’ve been wanting to write about for a long time, but it’s an area where I had zero experience.  My parents were married until they died and my husband and I have been married for 35 years.  So I reached out to an expert for a guest post on this critical topic of divorce because that is an issue many teens unfortunately have to deal with.

I am a former family law attorney, now strategist, consultant and coach. I help women going thru divorce or custody, to position their case for success using strategy. In my advisory, consultative and strategic role, I bridge the gaps and fill in blanks where they exist. The focus is on doing what it takes to get more “wins” in your case.

I spent almost 20 years in the family law field as an attorney, mediator, guardian ad litem, speaker and writer.  I offer workshops on topics related to divorce and custody, write articles for a few publications on family law and am in the process of developing programs and courses in family law.

The Impact of Divorce on Teens

No one wins in divorce, no doubt about that, but no one loses more than children of divorce. The  emotional toll, the mental anguish, the financial adjustments, and at times, the physical burdens on children are often overlooked. Parents get so caught up in their emotional, mental and financial needs that they are oblivious to how their own actions negatively affects their kids. But the pain doesn’t go away because it’s ignored. In fact, it can cause more damage if not addressed appropriately.

Teens, especially, have a hard time navigating all the changes that accompanies divorce. They already have to deal with typical teen stuff like, finding their own identity while at the same time trying to fit it amongst peers. Experiencing these challenges while going through divorce just seems to compound  their problems. 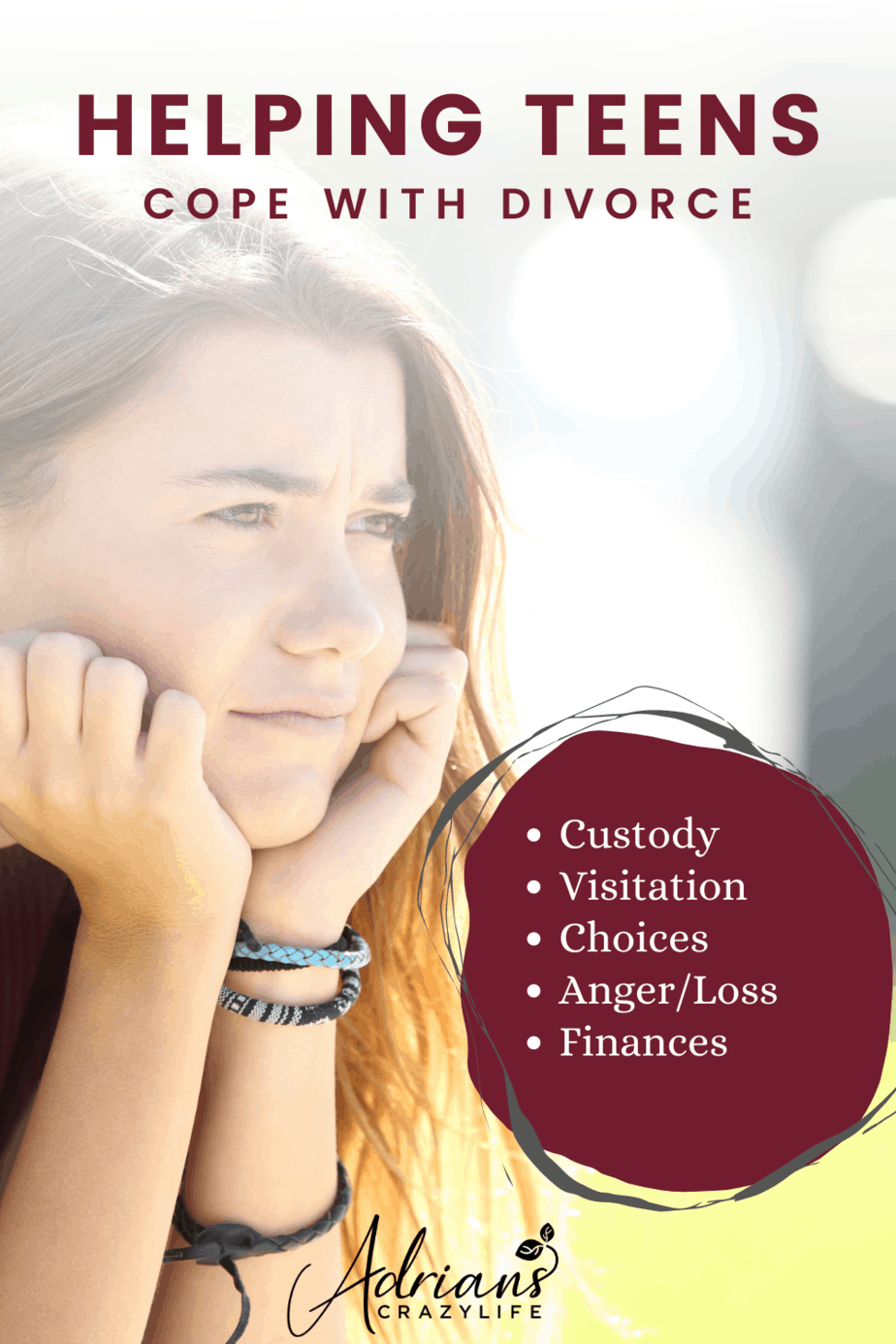 The Elements of Divorce and the Impact on Teens

Let’s look at elements of divorce and how each of them directly affects teens.  There is a lot of information on how divorce affects children of all ages, but especially in the teen years.

1. The Impact of the Child Custody Dispute on Teens

First, with respect to child custody, by the time a child is 12 they have usually established a tight bond with one or the other parent.  Regardless of why or how that bond came to be, the fact of the matter is it’s important to them. From the court’s perspective though, the validity of that teen’s bond could be called into question with respect to what they think is best for them.

Each state has their own law with how child custody should be determined. This is referred to as the “best interests of the child” standard. This is where the court  must consider factors to decide do what’s emotionally, mentally and intellectually best for the child.  Pursuant to this standard, there are several factors that courts must take into to help it make its finding.  And although the child’s preference is one factor, the states differ in how much weight they give to a teen’s preference.

2. The Impact of Visitation on Teens

Second, in cases where visitation is ordered teens endure extensive turmoil too, for several reasons. If  the teen’s preferred parent was granted custody, they have to live with the guilt of choosing that parent. Visits with the other parent brings up those feelings of guilt at every visit.

On the other hand, if the teen’s parent of choice did not get custody, then feelings of anger, resentment and sometimes hatred, are constant as well. In either scenario, though, teens who have an active social life, a job or scheduled activities often find visits with the other parent an annoying inconvenience. Some teens going as far as flat refusing to go with the other parent.

3. The Impact of Property Division on Teens

Third, division of marital assets have a direct impact on teens in divorce. Community property, in most states, is subject to distribution amongst the parties according to several factors. Although the factors are too varied to explain here, the bottom line is that someone is likely to feel cheated out of their share, including teens.

For the teen who has only known a certain standard of living, being forced to downgrade can cause much strife. Being forced to move out of the marital home, to give up the family vehicle, to forego certain amenities, etc. can certainly bring on more angst.

4.  The Impact of Child Support Obligations

Next, although child support is not something teens have a say in, it does affect their ability to maintain a standard of living or to acquire certain things that are important to them. Most states have laws that impose child support on the noncustodial parent up until the teen reaches 18 (age 21 in a few states).

Child support is supposed to “level” the resources available to each parent so that neither of them is  unduly burdened with maintaining a similar standard of living for the child. And although this sounds  good in theory, in practice it seldom works out that way. Only a small percentage of children who go from a dual income/two parent home fare better in a single income/single parent, from an economic stance. Not to mention, as children get older their needs, and the costs associated with them, increases.

5. The Impact of Choices on Teens

And last, teens also have to endure the stress of choosing between both parents with respect to holidays, major events and significant life changes. For example, choosing which parent to invite to sports tournaments, to spend Christmas celebrations with or to go to driving lessons with all make divorce that much more painful.

How Parents Can Help Teens Cope with Divorce

In sum, divorce inevitably causes pain for children of all ages. And although younger children may show their pain in ways that are more identifiable, teens tend to hurt on a deeper level often times masking their pain. As parents it’s imperative that we do whatever necessary to ease the pain. This means sacrificing our own needs for the emotional needs of our children and trying to minimize the conflict and choices our teen children are forced into.