I’ll just say it – sometimes trying to teach a teen to clean is like teaching a pig to sing.  It wastes your time and annoys the pig!  One of the toughest parenting tasks is how to get teens to clean up their messes.

Let’s face it; teens are so busy these days – schoolwork, sports practice, friends, plus the ever present cell phone – it is any wonder that chores are just not on their radar?  It gets even harder with surly teenagers.  But with a little patience, it is possible to figure out how to get teenagers to do their chores.  No singing required!

Yes, I know it’s tempting to just shut the door and not force your teen to clean up after themselves.  It IS easier – yes.  I’ve been there times three.  But as a parent, you are doing them a disservice.  In just a few years, these folks are going to be out on their own in their own dorm rooms or apartments.  And you don’t want to have their roommates and future spouses giving you the stinkeye, because you didn’t make the effort to teach them to clean up after themselves.  Trust me.

So, what’s a parent to do?  I think most parents have discovered that nagging and lectures just aren’t effective to get our teens to clean up.  Why not try a totally different tactic?  Simple appreciation.

One of my managers had a sign in his office that stated this principle perfectly. It said:

Actions that are recognized and rewarded will be repeated

What a great saying!  But read it closely.  Notice that it doesn’t just say positive actions.  It means any type of action – positive OR negative.

See my very popular post on Intentional Incompetence – it’s a brilliant strategy my kids (and probably YOURS) have come up with to get out of chores.  I’ve even caught my husband doing it.  Basically, they do a crappy job, hoping that you won’t make them do it again.  Ha – not in this lifetime kiddos!

But what if you come home and thank your son sincerely for unloading the dishwasher, compliment him on how nice the front lawn looks, and tell your daughter how proud you are that she has kept her room clean for the last few days, how likely is it that these positive actions will be repeated?  It’s a pretty small investment for something that might just pay off. 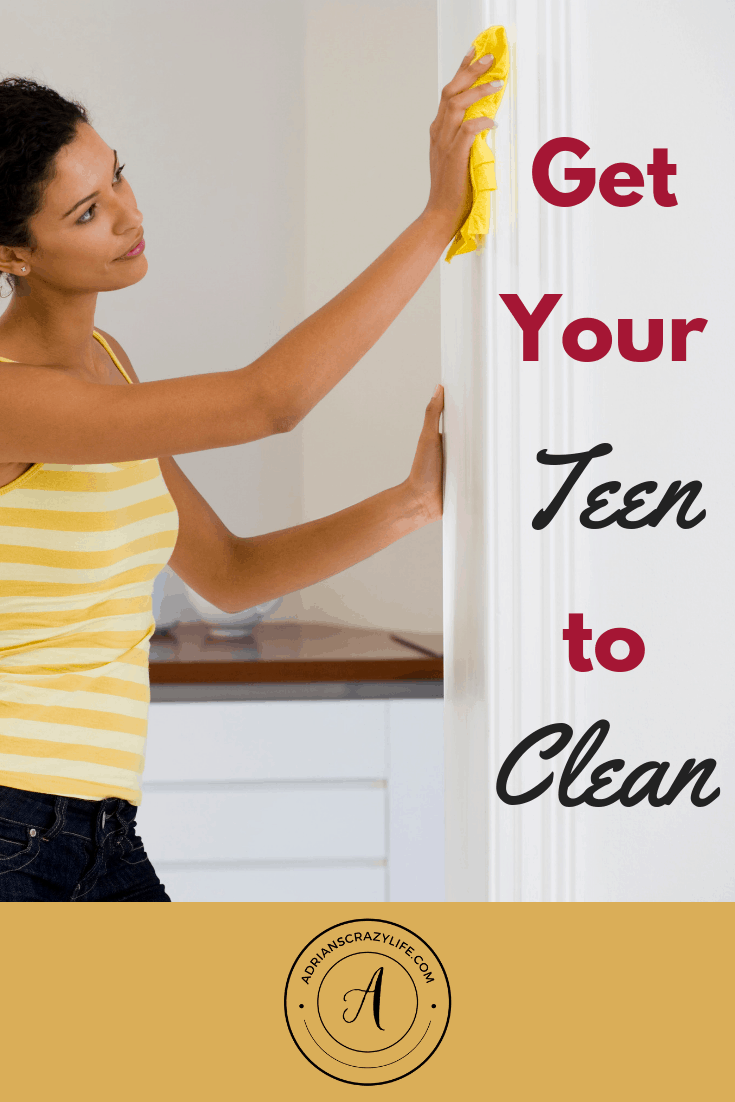 Motivate your Teen With Small Rewards and Surprises

You might even take it a step further. I’ve been known to reward chores done well with surprise rewards of candy bars, liters of their favorite sodas, or other unexpected treats. Everyone likes a little surprise now and then and you’d be surprised at how much more cheerfully kids will do their chores when you just show them a little appreciation.  You can’t do it every time, but those once in a while surprises will help to keep them motivated.

I hope this helps you teach your teen to clean.  I want your kids to grow up into awesome adults – great roommates, great spouses, and great housekeepers.  We don’t want them to struggle with the anxiety and shame about our messy homes like many of us have struggled with.  Check out this post on How Does Your Clutter Affect Your Children and you’ll see what I mean.

Talk Frankly to Your Teen About Their Future Life

I had an interesting discussion with my youngest son last year – at age 22, he still wasn’t doing his share of the household chores.  I think every parent should have this talk with their teen.  I explained to him that adults don’t wait for someone to tell them when a chore needs to be done, nor do they shirk their share of the responsibilities.  Well, some do, but they are held in total contempt by their friends and spouses.  It’s an important part of adulting.  And he’s been MUCH better lately!  Not perfect, but better.

Check out my post on adult kids still living at home – I almost titled this as “I love you, but GET OUT”! Even if your kids are still teens, they’ll be adults sooner than you’d think!  And yes, that’s terrifying, but that’s our job to be doing the hard work of preparing them for that stage of life!

It will also help them as future employees and college students.  No boss wants to have to nag an employee to their their assigned work all the time, so it’s a huge advantage for them to learn these lessons from you rather than getting fired a bunch of times!  Or dropping out of an expensive college program – sigh.  That was an expensive lesson – for us!  No, I’m not perfect, but I get it right most of the time. 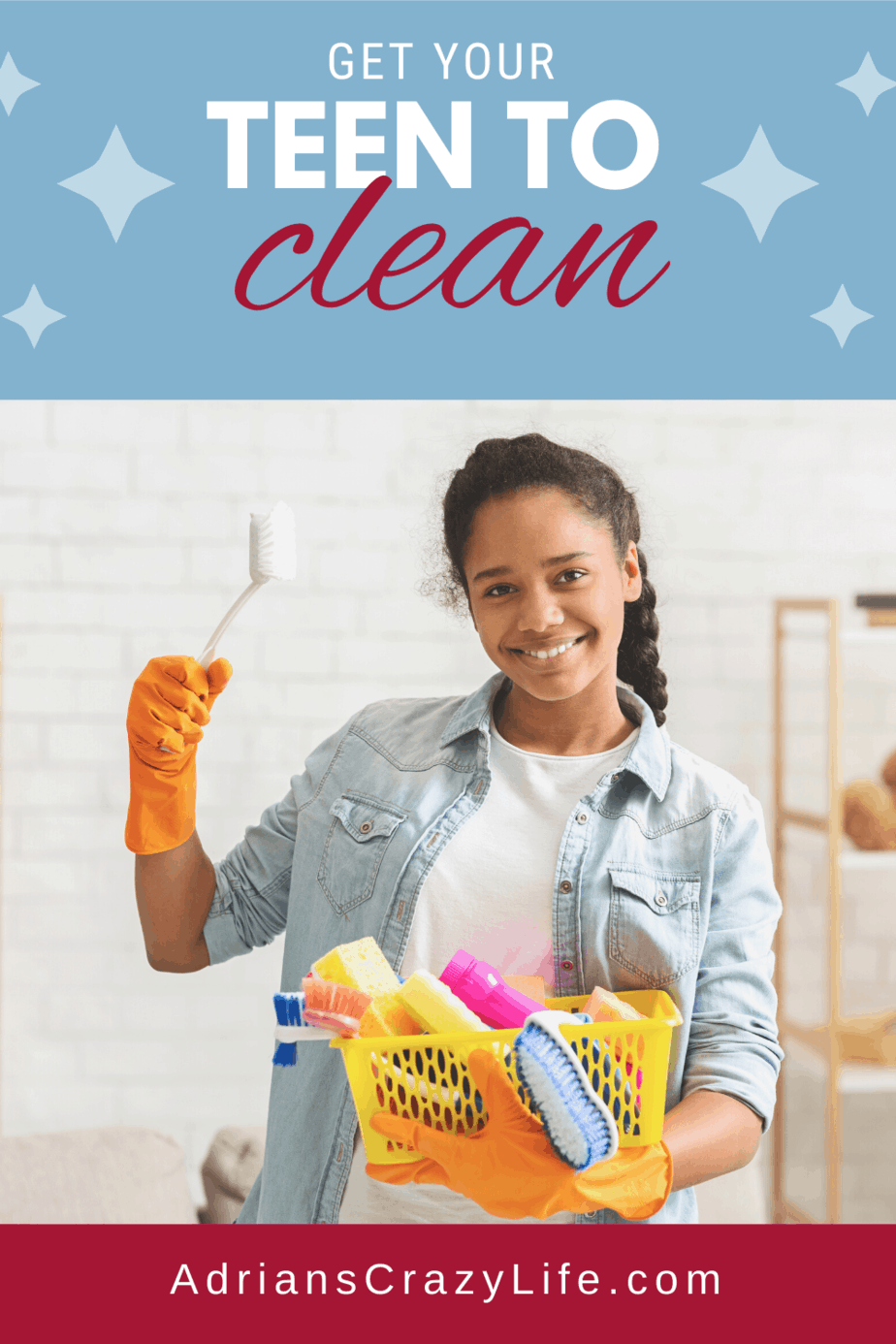