Passive-aggressive behavior is massively frustrating!  I see a lot of it with the people in my life at home and at work.  My kids have learned something called Intentional Incompetence, which is basically doing a lousy job on their chores – on purpose.  They figure if they do a lousy enough job at their chores, I won’t bother to ask them to do it again.  Wrong!

We’ve all Seen Intentional Incompetence from our Family Members

We have all experienced Intentional Incompetence at one time or another.  Every time a kid “forgets” to do an assigned chore, or a spouse accepts responsibility for a task and then fails to complete it, or does a simple task poorly that’s passive-aggressive behavior.  For instance, here is the actual dirt left behind after my 23-year-old son swept the floor one day.  It’s dang annoying, isn’t it?  My younger son does the exact same thing.  I love my kids, but they can sure drive you up the wall sometimes! 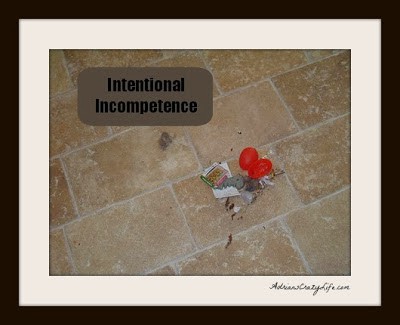 Now, obviously a 23 year old adult is capable of doing a better job than this, but he didn’t want to do the job, so he deliberately did a lousy job rather than trying to make a case for why he shouldn’t have to do the job.  How many times have your kids pulled that same stunt??

A mistake repeated more than once is a decision…

That’s why it’s considered passive-aggressive.  Passive would be to just shrug your shoulders and do the job and aggressive would be to say “Hell, no, I’m not going to do it.”  Intentional Incompetence is the compromise between the two.  They are hoping to make it enough of a hassle that you won’t ever ask them to do it again.  That would be the big WIN for them. 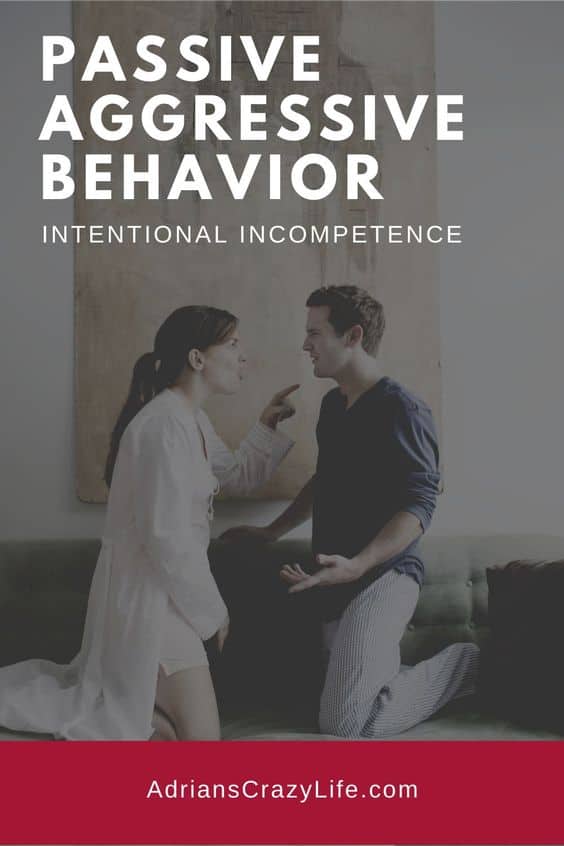 How to Fix Intentional Incompetence and other Passive-Aggressive Behaviors

So the question is, of course, how to deal with it?  Seems to me that the best way to deal with this kind of behavior is head on.  Have a calm discussion about why you feel it is necessary for them to do the chore.  Assure them it will get better with practice – lots of practice. If it’s a kid, show them how to do the chore properly and consider setting parameters.  For instance, the floor is clean when Mom can run a broom over 2 corners and not turn up any dirt.  Or simply stick to your guns and refuse to accept the unsatisfactory work.

They will get mad, count on it.  Most people become angry when their poor behavior is challenged, but usually that is just another form of passive-aggressive behavior.  You can tell the difference because they get over it almost immediately when you back down.  Someone who is truly angry will typically stay mad, even if you give them what they want.  So, I tell my kids to go ahead and yell and fuss and kick their little feet all they want.  I may even join them.  And the kitchen floor will still be waiting for them when they get done.

When it’s a spouse, it can get a little bit trickier.  I think calling them on their bullsh*t is probably the best tactic.  It doesn’t have to be a huge fight, but reminding them that they agreed to do something and then aren’t following through on their promise is a lot more proactive than just silently fuming about it all the time.

Highly Effective Strategies for your Disorganized or ADHD Child

Teach Your Teen to be a Smart Shopper

How Your Divorce Affects Your Teen