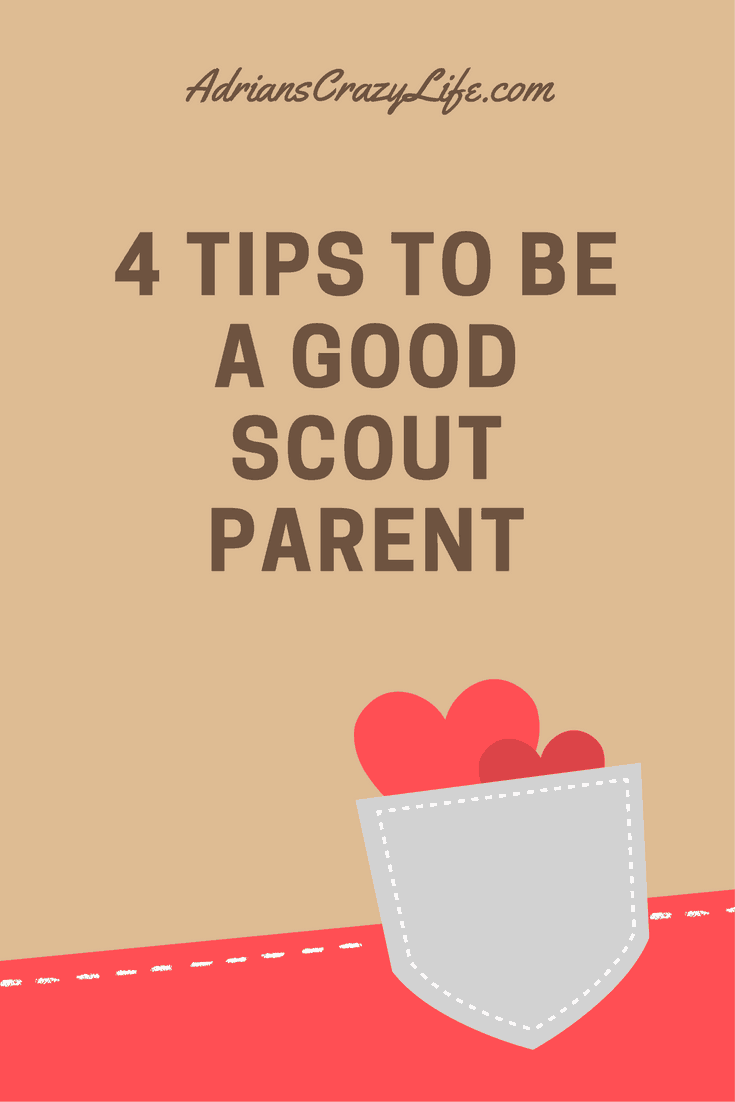 Writing workshops always say that you should write about topics you know.  Well, one thing I know a little bit about is being a Scout parent.  Since I have all boys, I’ve been involved with Boy Scouts.  But I’m sure the Girl Scout program has similar benefits.

I actually was a Girl Scout, but I gave it up in about 2nd grade – after I threw up at a Scout meeting.  I had eaten a blueberry pop-tart (something I’ve never touched since!)

I remember all the girls gathering around exclaiming – it’s BLUE in tones of horrified delight.  I never went back, but that wasn’t the fault of the program.

Anyway, I’ve been involved in our current Scouting program for six years now.  I started as “just” a Scout parent, but then I started out helping with the fundraisers.  Then I took over the camping program for five years.  After that, I became a merit badge counselor and started attending the adult leadership meetings.  Most recently, I’ve volunteered to take over the Eagle Court of Honor ceremonies for the Troop (yes, I am THAT crazy!)

My husband even pitches in a little bit here and there.  He teaches his own merit badges – welding and automotive maintenance.  My point is, it kind of grows on you.

I heard a joke once that Scouting is like a roach motel.  You check in, but you never check out! 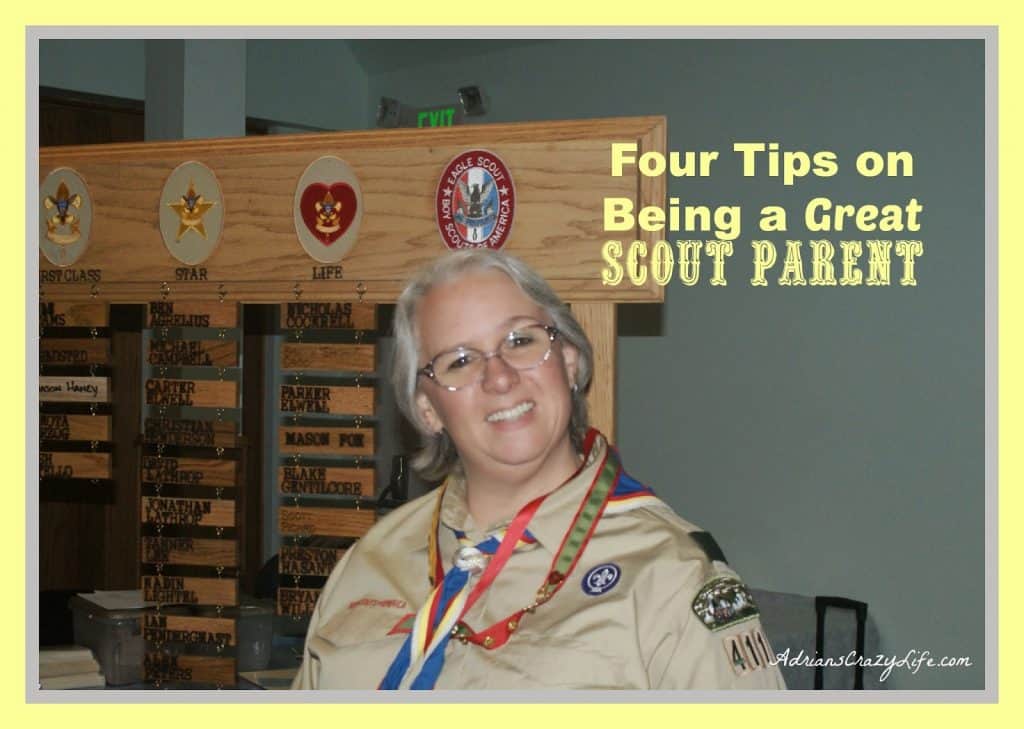 The BSA has over 1 million adult volunteers, which makes it the most active youth program in the world.  So I guess there must be something to it.

I know it’s been a terrific experience for our family.  I honestly can’t imagine what my son’s life would have been like without the experiences he has had with Scouting. It’s been a great experience for US too.  But like anything else, you get out of it what you put into it.

So if you have a boy (or girl) in a Scouting program, how can you help them to have the best experience and get the most out of the program?

1.  Shop around to find the right program.

The MOST important thing is to find the right program for your child.  Every Troop is as unique as a fingerprint and some are better than others.

My older son was in a Troop when he was in Jr High and it just wasn’t a good fit.  They had a great program and were very active, but they were all about backpacking and he hated that.  Rather than shop around a bit for a Troop that was a better fit, we just drifted out of it.

When my younger son started in Cubs – we were in a neighborhood Cub Pack.  It was an LDS Troop and we were Presbyterians at the time.  They were perfectly nice and very welcoming to us, but it just never felt like a good fit – we always felt like guests rather than members.

When I heard about our current Troop, I took a solid year to think about it because I worried about having bad feelings with my neighbors.  But it was absolutely the right choice and within a few weeks, we felt right at home in our current Methodist Troop.  We are now members of the Methodist church the Troop is affiliated with – but that was for different reasons.

If you have a Troop that isn’t very active, or doesn’t have really great leaders, there’s no shame in looking elsewhere.  It’s just like anything else.  There are great groups and not-so-great groups.  Or maybe your kid just doesn’t like backpacking or whatever they are offering.

2.  Make a commitment – Once you find the right Troop – really commit yourself to it.

It’s OK if you want to be “just” a Scout parent, but be a great Scout parent.  Be supportive.  Bring your child to every activity on time, properly dressed and in the mood to participate fully.

Keep in communication with the leaders – our Troop has a blast Email that keeps our many activities coordinated.  I’m sure most Troops have something similar.  Get them to give you a calendar or something so you will know exactly when and where activities or meetings are and try to show up for as many as you can.  Follow through on paperwork, permission slips, membership fees, and the like.  It’s important for the smooth running of the Troop.

A word to the wise.  If you truly want your child to get the maximum benefit from the program, you might seriously consider stepping into a leadership role.  One observation – out of the 116 Eagle Scouts in our Troop, more than half are the sons of various leaders.  This isn’t because they were given any kind of unfair advantage, but I think there are three factors at work here:

Most people think that to be a leader, it takes a ton of time and training.  But that’s not really true unless you are at the top of the food chain as the Scoutmaster or Assistant Scoutmaster.  Those are tough jobs that require a lot of time and commitment so I have a lot of respect for people in those positions.

But be aware there are any number of leadership positions available in a Troop.  You can be in charge of membership, fundraising, Quartermaster, Treasurer or many other spots.  I’ve had a Committee Chair position in our Troop for nearly 3 years. The only formal training I’ve had is a 15 minute online course about protecting the kids from child abuse.  Every registered adult has to take it.  Our Scoutmaster if very diligent that we follow those rules at all times.  That’s one of the reasons, I have so much respect for him.

There is a big difference between helping a kid do something and doing it for him.  Not only is fudging on requirements against BSA policy and unfair to the other Scouts.  But your child doesn’t get the benefit of the lessons they need to learn.

Whenever my son lied or did something dishonest.  I would sit him down at the kitchen table and make him write the Scout Laws 50 times each.  He did that an embarrassing number of times, but hasn’t had to do it lately – maybe he has finally learned that particular lesson!

There’s nothing that says this has to be all hard work and drudgery and it shouldn’t be.  Neither of you will want to stick with it if you take that attitude!  Have fun – get to know the other Scouts and the leaders.  Everyone has horror stories about teenagers, but I’ve found them to be a lot of fun (most of the time).

I haven’t always gotten along with every other leader – like any group, we have our ups and downs.  But that is part of the experience as well.  It helps me teach my son lessons about how to find ways to get along with people. And show him how to maintain good working relationships.

We let Scout parents come along for campouts as long as they register with the Troop and do their training.  Being the indoor girl that I am, I resisted for the first couple of years, but now I go on several campouts each year.

I still opt for our trailer or a cabin rather than a tent but I’ve found it to be a lot more fun than I would have expected. Enjoy the ride – this time will go faster than you think, and hopefully you will come out of it with at least some great experiences, even if your child doesn’t come home with the top award (but I hope they do!).

1 Comment on Four Tips for Being a Good Scout Parent