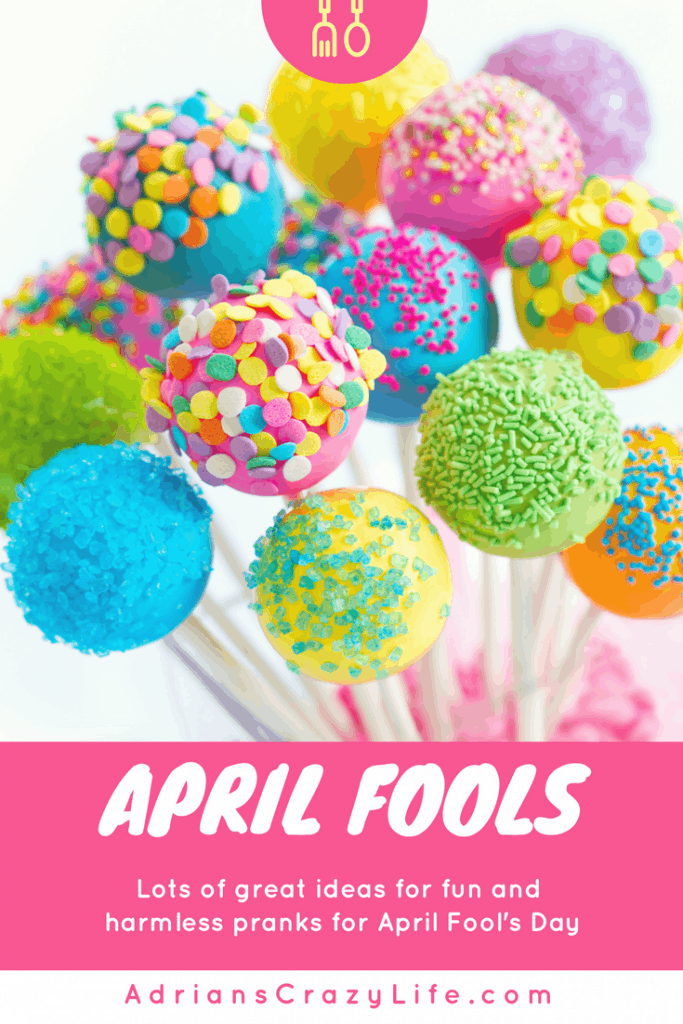 I am SO immature!  I just LOVE April Fool’s day and I always play harmless little jokes on my family and friends.  The big day is coming up soon, so I thought I’d share some of my little pranks with you.

To me, the perfect April Fool’s joke is something that is just surprising and funny.  You don’t want to do anything that would be mean, would hurt anyone or damage anything.  You just want that little element of surprise.  And believe me – they always find a way get me back!

Shoes – Shoes are a prime target because they’re always laying around after everyone goes off to bed (at least they always are at MY house!).  Usually, I will just tie the laces together – if they are lace up shoes, or if they are slip-ons, I’ll slip something funny in there – like an Easter egg, a handful of pennies, or a bit of crinkly cellophane.

Last year, I tied a pair of extra shoes (bowling shoes, I think) to my son’s backpack, so when he scooped it up on his way out the door, the shoes smacked him in the back!

Cereal Boxes – I think this one is my favorite because it’s so quick and easy and it seems to give the biggest surprise.  All you do is take two boxes of cereal, lift out the cellophane bags and switch them around.  Then the person goes to pour Cheerios and Froot Loops or something comes out.  It always gets a big laugh.

Googly Eyes – I did a few funnies this year, just on the spur of the moment.  I saw some googly eyes lying around, so I put them on ALL the condiments in the fridge.  My son caught on and put some on his wife’s phone too.  Similarly, you could put little paper mustaches on everything – just think of the kick you’d get out of it if you put mustaches on all their stuffed animals? 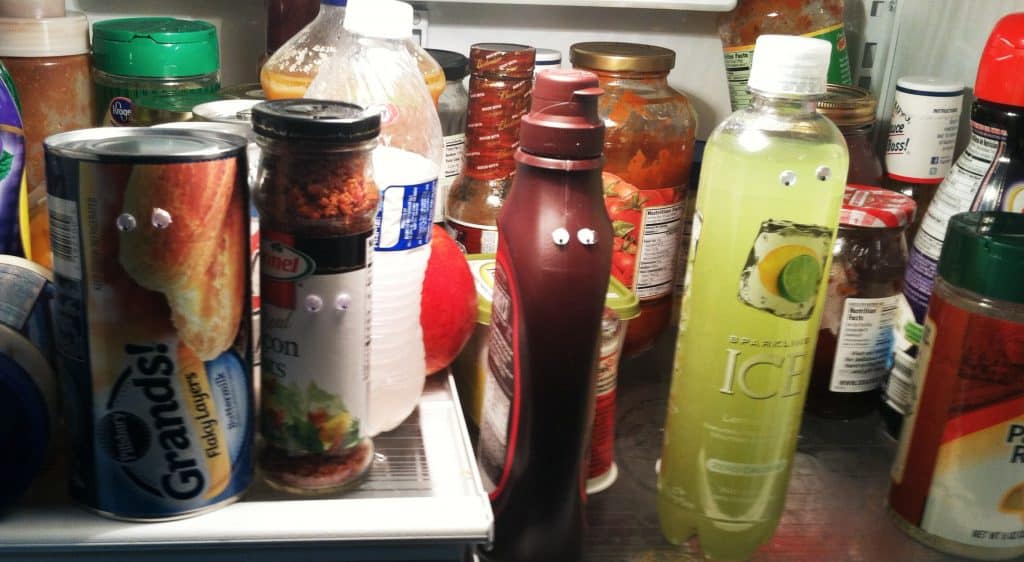 Then, I put Easter eggs all in the sinks, just for the heck of it! 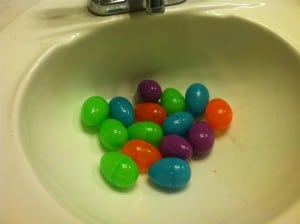 And for a final touch, as I was leaving for work, I took a boatload of Post-it notes and stuck them all over the door with happy faces and silly messages.   Why?  Just because! 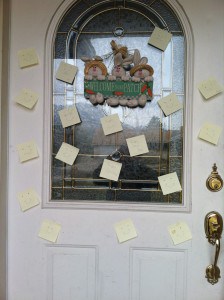 I’m sure the mailman thought we were totally weird, but what the heck.

Office Pranks – I’m a little more restrained in the office because I don’t want to get in trouble, but there are a couple of fun ones I’ve done from time to time.  One manager was a particularly good sport, so I took about 200 post it notes, drew happy faces on them and stuck them everywhere in his office.  He was still finding them months later.

Another favorite is to take a few sheets of paper, write April Fool’s on them and stick them in the copier tray.  Then watch everyone go crazy looking at the glass thinking you wrote something on it.  It takes them a few minutes before they think to look in the paper tray.

If you’ve got some other good ones – share them in the comments!  Happy April Fool’s.