Household clutter has a way of sneaking up on us throughout the year. The insidious creep of clutter is usually so slow that we don’t realize how bad it is until there is so much clutter that you can no longer ignore the problem. Let’s take back our homes with these easy tips for controlling household clutter.

According to the LA Times, the average American home has 300,000 separate items in it.  And most kids have an average of 300+ toys.  No wonder we are all overwhelmed and drowning in all our clutter!  1 in 10 American families pay a chunk of money every month for storage space to hold the extra stuff we can’t even cram into our overstuffed homes.  That’s all sorts of ridiculous, isn’t it?  Let’s see what we can do about the problem. 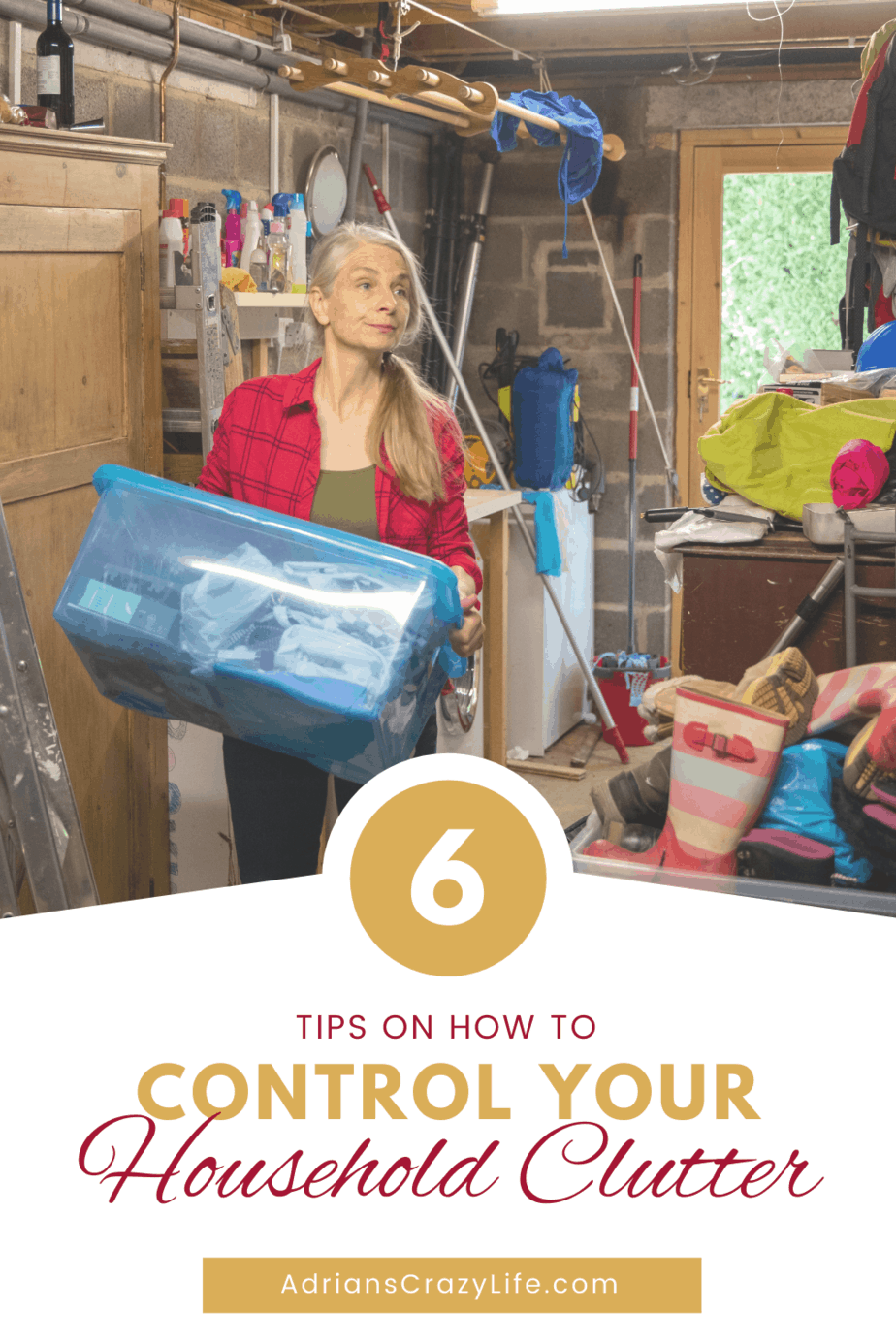 Sure, there’s that local business handing out free tote bags and t-shirts at a community event, but do you need a tote bag or a t-shirt with their business logo on it? Are you actually going to use or wear it? Or is it more likely that it will get stuffed in an already full closet somewhere taking up valuable space and contributing to your clutter problem? It is perfectly acceptable to politely say no thank-you when you are offered something free that you don’t need.

Two – Don’t Buy Anything Just because it is on Sale

It doesn’t matter how great of a bargain something is if you don’t need it, don’t have a place for it, or won’t use it. Don’t fall into the trap of buying something just because “it’s a great deal”. If you won’t use it, it wasn’t a great deal.  It was money and precious space in your home wasted, only to be tossed out when you start trying to get your household clutter under control. Wouldn’t it be better to just leave that “bargain” at the store?

Three – Don’t Keep Stuff out of Guilt or Sentimentality

Even if something was a gift or was inherited from a loved one, it isn’t automatically a “treasure” that needs to be kept!  After our four parents died, we inherited both their houses that were filled to the brim with STUFF.  Combined with our own home that was already full of our own stuff, it was overwhelming!  We had to learn very quickly how to let go of things and only keep the items that we loved and would use.

I know we all think that someone is going to come over and look around for the item they gave us, but that’s rarely going to happen and if it does, just look around vaguely and say “Hmmm, I’m sure it’s around here somewhere.  I think I just saw it a month or so ago” and leave it at that.

Even our kid’s stuff gets ridiculous after a while.  We can’t keep every baby tooth and kindergarten drawing.  Just pick a few and let the rest go.  And before you think about saving something to pass down to your kids – ASK THEM.  There’s a very high chance that they don’t even WANT it!

And leaving behind a huge amount of clutter for your kids to deal with after you pass is just unkind.  I loved my mother dearly, but she was quite the collector and I remember muttering a lot of ugly words under my breath when we had to spend weeks disposing of all her STUFF. 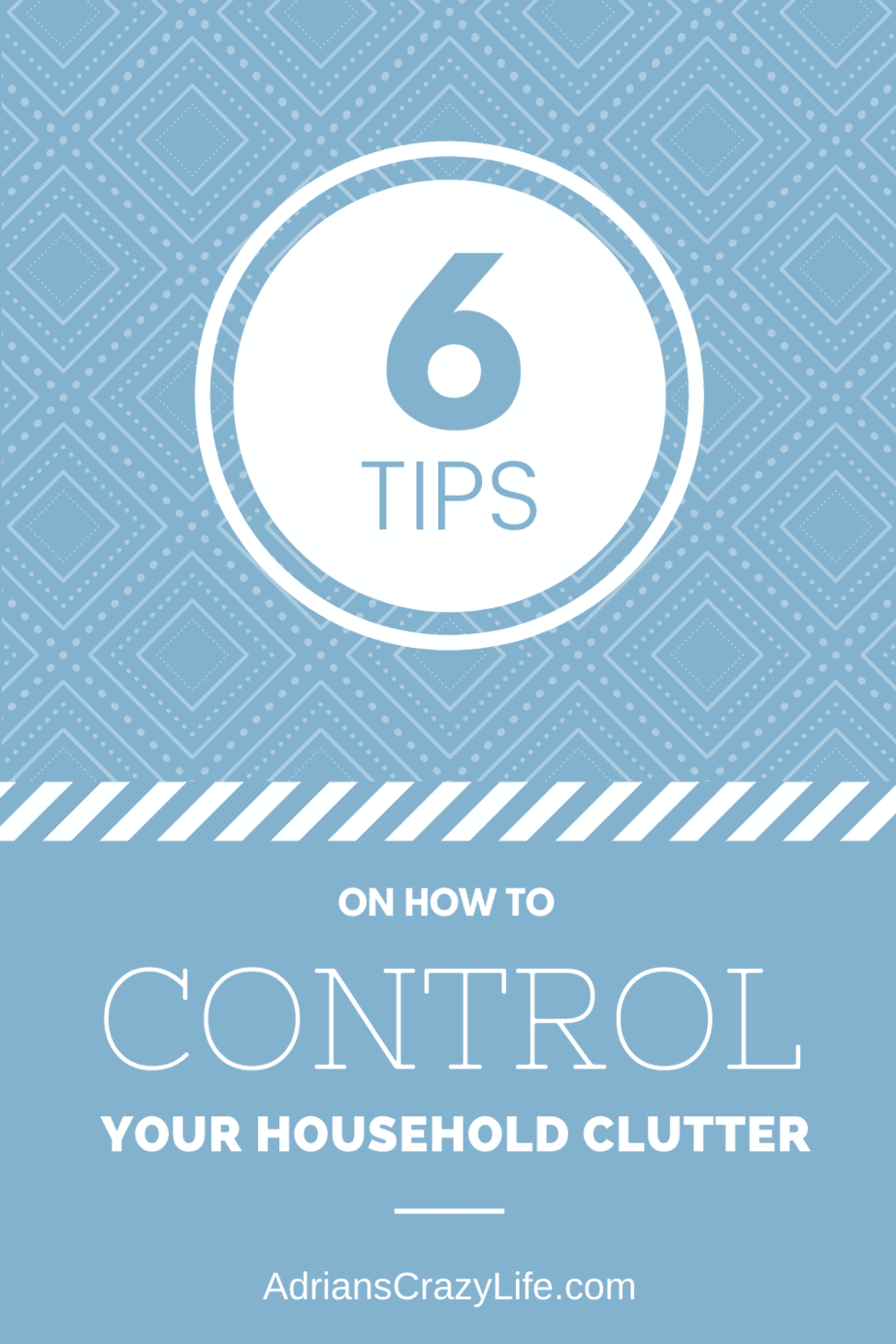 There are some things that we tend to over-accumulate like purses, shoes, or especially crafts. I’ve seen a quote that says “Buying craft items and using them seem to be two completely different hobbies!”.  Check out my post on cleaning up your messy craft room.

The item may be different for everyone, the trick for controlling household clutter though is to pick choose a storage method that has limits and then stick with it.  For instance, when I work with a decluttering client, I will get them to agree that a bin or a shelf is where they are going to store an item.  Once that bin or shelf is full, then you can’t buy any more until you’ve used up or weeded out what you have.  It’s surprisingly effective. It’s basically the one in – one out rule.

Five – Only Handle Things ONCE

We are all guilty of saying “I’ll just put this here for now”, which is counterproductive when it comes to controlling household clutter. Clutter breeds more clutter just like rabbits.  Other people will then dump stuff there and then you have a whole new pile of household clutter to deal with. Handle each item only once, and once you have it in your hands put it where it belongs.

The same is true when it comes to taking an item into a room that doesn’t belong there. For example, if you take the scissors from the kitchen into your bedroom to cut a tag off of clothing, cut the tags off, and take the scissors right back to where they belong. You will be able to find them again when you need them, and you won’t be creating clutter.

A lot of household clutter accumulates simply from putting things off until later. Some examples are “I’ll take that upstairs later”, “I’ll wash the dishes later” or “I will fold the laundry later”. Don’t wait for later. Wash the dishes or put them in the dishwasher before the food dries to them, fold the laundry when it comes out of the dryer, and take everything out of the car that got put in it on that trip. Learning to stop procrastinating things that have to be done anyway can greatly reduce the look and feel of clutter around your home.

If there are items around your home that never get used but simply sit around collecting dust and taking up space then get rid of them. You can throw it away, sell it, or donate it, but you will feel better and your house will look better without unnecessary items cluttering up your home.

Trust me on this one, I have given away literal TRUCKLOADS of stuff from my home over the years, and I couldn’t name one thing that I genuinely miss.  And if you do miss it, it will likely be waiting for you at the local Thrift Store. 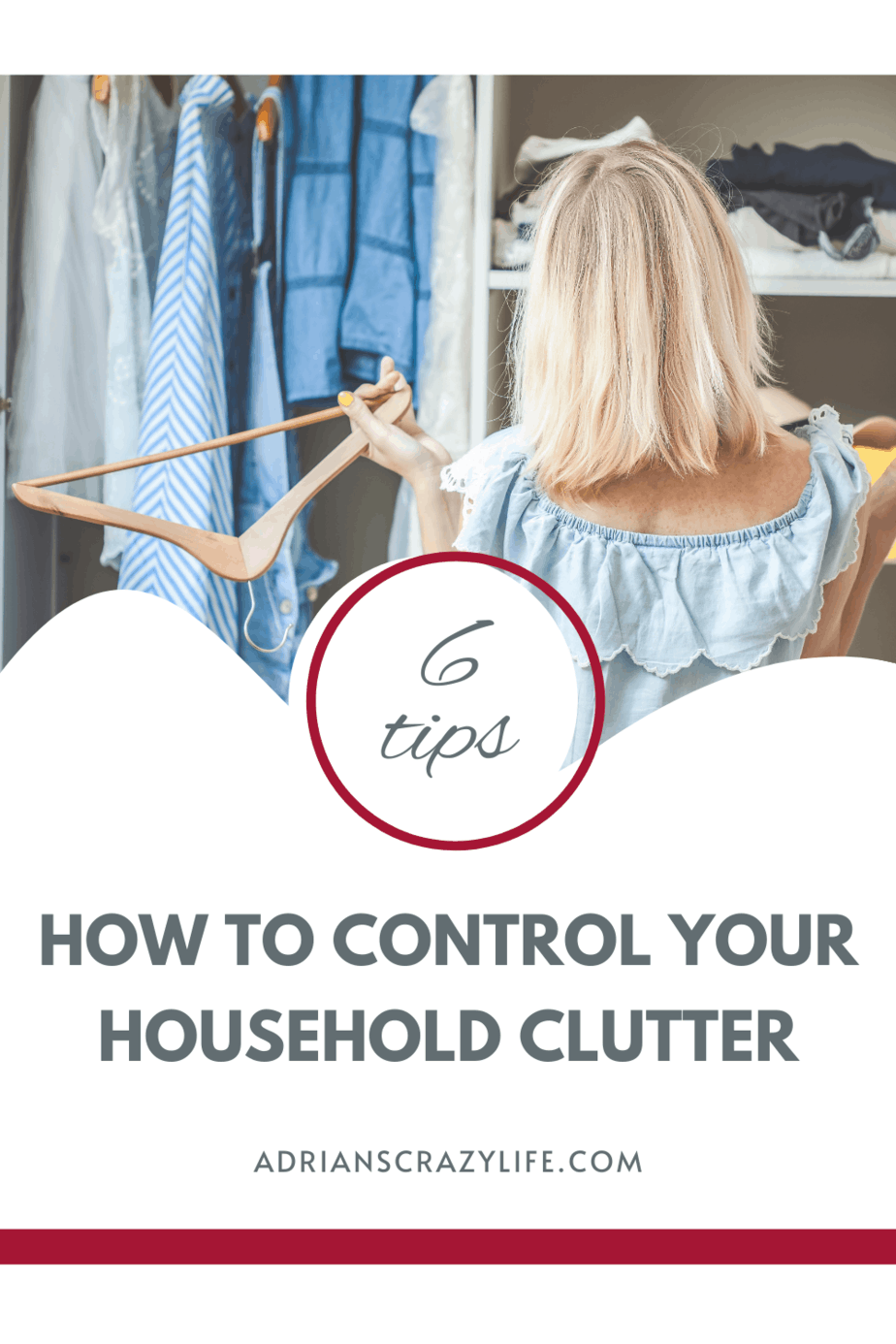 These are just a few tips that you can use to help keep your household clutter under control. Once you start taking control over the clutter in your home and removing it gets easier to keep going. You may find that you have a lot more space in your home than you thought you did, simply by removing unnecessary items. Do you have any other clutter control tips that you use at your house to share?

Magic Formula to Get Kids to Clean Their Rooms

How to Get Your Teen to Do Their Chores