I don’t know if I’ve ever really called it out on my blog, but I’m a Proud Scout Mom, well Scout Leader Mom I guess you’d say.  For reals!  I mean, I’m not THE leader – that’s a huge job in a troop of our size, but I’m definitely part of the cast of adult leaders in our Boy Scout Troop.  I was also part of the BSA’s Social Media Team for a while.  I wrote posts for both the Utah and National Scout blogs.

In fact, I’ve actually been in charge of the camping program for the last couple of years.  Which is really pretty odd because I don’t actually camp.  In fact, I think it’s been about 20 years since I’ve spent a night in a tent.  However, it totally works out quite well.  I’ve got a couple of Dads who help me – it’s too big a job with 40-50 Scouts.

They pick out the camp sites, make all the on-site arrangements, and usually go with the boys, while I stay home and handle all the fees, paperwork, meal planning, logistics and legalities for every monthly campout.  It’s actually a perfect partnership.  Every year, we typically run eleven 3-day campouts for 30 to 50 participants in every season of the year, so it would be a difficult job for just one person to handle.

I also work with the boys on merit badges and help to organize our 30+ adult merit badge counselors.  And I recently took on a new job – coordinating our Eagle Court of Honor Ceremonies.  We typically have between 8 and 10 Eagles in the average year and we combine them into two or three ceremonies every year.  And our ceremonies are pretty elaborate, so it’s a big job. 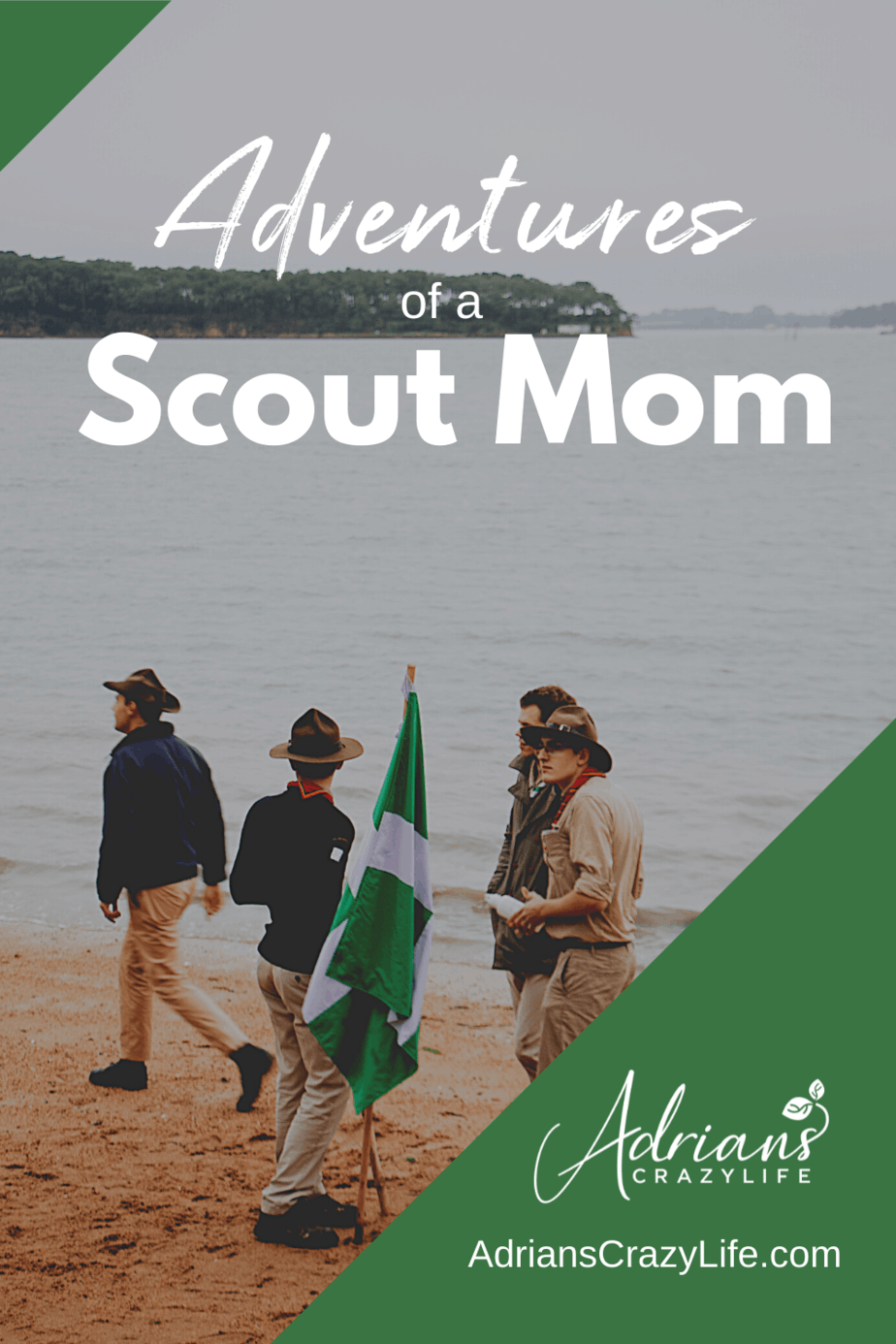 How I Became a Boy Scout Mom

I kind of fell into it.  I’m a big workaholic and chronic volunteer, so after a few months of hanging around the Scout meetings, the folks who were running the camping program wanted to quit.  And I said, well I don’t really camp, but I’m happy to help take permission slips and money and I was off and running as a Scout Leader Mom.  That was 5 years and 50 campouts ago!

I’m surprised by how much I enjoy it.  Even though I’m crazy about my own boys, I’ve never been someone who was all that interested in spending time with other people’s kids.  But I’ve really enjoyed working with these boys and their parents over the years.  It’s just interesting to see how similar or different they are to my own boys and they are SO darn funny!  And sometimes very touching, like our last Eagle Court of Honor where we had two young men who had each lost a parent to cancer during their journey.  That was a bit of a tear-jerker.

These are our guys at least year’s summer camp in Cody Wyoming, after they were burned out of their original Colorado Springs location at the last minute.  As you can see, we’re a pretty big group and you’ll notice there are almost as many Scout Mom and Dads as there are Scouts.  I think that’s part of our successful formula.  With so many adults, we have enough support to make our program what a Scouting program should be. 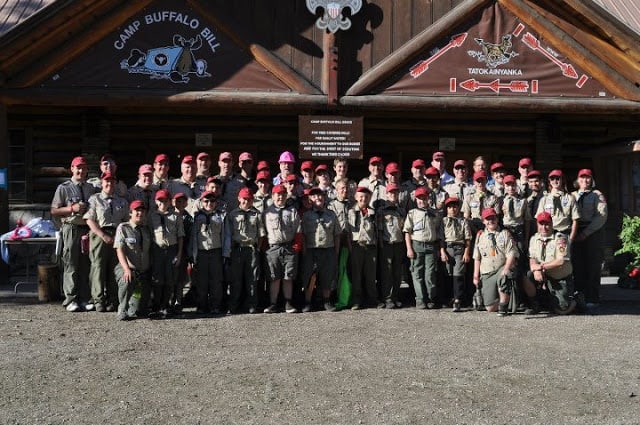 I don’t know if I could even express how great this program has been for our son Blake.  As I’ve mentioned in earlier posts, he had some pretty horrific bullying issues during his elementary school years.  See my post on how Scouting helped my bullied son.

Scouting has been a huge part of his life since then, and I can’t even imagine how he would have turned out if he hadn’t had the experiences, leadership, character development, and confidence he’s gotten from this program and me too.  Being a Scout Mom has taught me a lot – I’ve learned what I’m capable of.  Sometimes it’s not easy as one of the very few female leaders in a male oriented group.  Sometimes I’ve had to stand up for myself and learn to assert myself more and earn respect. 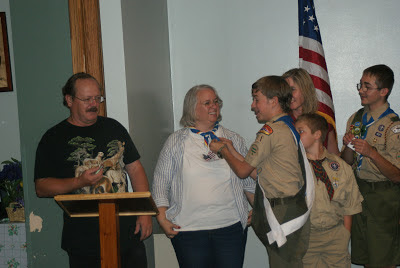 Our Scoutmaster is pretty amazing.  I don’t know how he manages to juggle all these boys and parents, and the maze of different activities we have going on every month.  I don’t think he’s had any totally Scout-free weekend for the last 20 years or so!

I knew he was the right leader for us within 5 minutes of meeting him.  The first thing he did was to tell my son to stand up straight and tuck in his shirt.  That sealed the deal for me.  He’s tough on the boys when he has to be, but he’s crazy about them at the same time and I know he takes great pride in the way they turn out as adults. 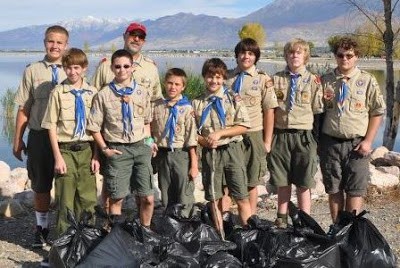 I’m not sure what our future holds.  Hopefully there will be an Eagle Ceremony in my son’s future sometime, but it’s never a definite thing.  I always think the Scout Mom and Dad should get at least HALF of that pin, because it’s hard work to get a kid through to that point. See my post on surviving your son’s Eagle Project.

A lot of our boys have done the nail-biter thing right up to the day of their 18th birthday.  Mine still has a couple of years to go, and he’s already at his Life Rank, the highest one before Eagle, but he seems pretty happy to park there for a while and not exert himself too much to get those last few badges finished up.  In the meantime, he is keeping busy enough.  He’s headed off to a three week Jamboree tour next week and he already has two weeks of camping under his belt so far, so he’s already having a pretty busy summer.

And me, well my plate is full enough.  I have another campout to start working on next week, a few boys to finish up on some merit badges, and three (I think) Eagle Court of Honors to start getting ready for. A Scout Mom’s life is a busy one, but it can be a lot of fun!

Ideas that Could STOP Bullying